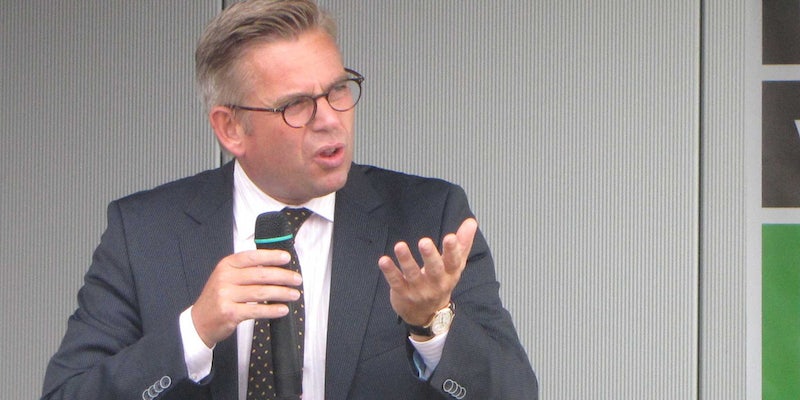 A resolution to investigate the NSA spying passed the Dutch Parliament Wednesday.

On July 4, Americans around the country are rallying to get Congress to investigate National Security Agency‘s spying.

The Netherlands is one step ahead of them.

A resolution to investigate the NSA spying passed the Dutch Parliament Wednesday. Gerard Schouw, a member of the Internet-friendly Marietje Schaake‘s D66 party, introduced the resolution, proclaiming it’s “high time to get everything on the table.”

There are several hints that the Netherlands has been a partner in U.S. spying, in particular via PRISM, the little-known Internet surveillance program that gives access to content from American tech companies like Google, Facebook, and Microsoft. One Dutch former intelligence official said he had a working relationship with the NSA. As part of his job monitoring Dutch Muslim extremists, he said, he could request information about online targets from the NSA and get PRISM data in about five minutes.

The Dutch media recently uncovered a little-noticed report from 2011 that showed the country’s intelligence services shared information with “foreign partner services.” As reported by the Dutch paper NRC Handelsblad, intelligence officials recently confirmed that includes a Dutch relationship with the NSA.

By contrast, though many Americans are outraged by the knowledge of NSA spying, the few bills to counter it are still languishing in Congress. However, starting such an investigation is a focal point for several concurrent protests scheduled for July 4. The coalition StopWatching.Us has also penned an open letter to Congress that calls for the creation of “a special committee to investigate, report, and reveal to the public the extent of this domestic spying.” It has more than half a million signatures.

Photo of Schouw via Wikimedia Commons