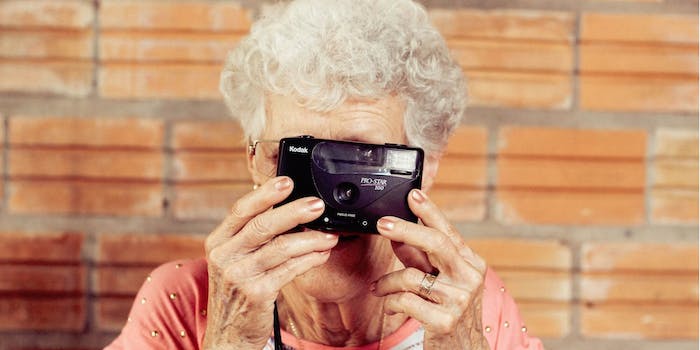 Her own daughter sued her to take them down.

A court has ordered a grandmother to take down online pictures of her grandchildren.

The drama started when a mom in the Netherlands found out that her mother was posting pictures of her children on social media. The mom reportedly did not want pictures online of her children, aged 5, 6, and 14.

The mom repeatedly asked her mother to take them down, but she refused, according to local reports. That’s when the mother of the kids decided it was time to sue the grandmother.

The court eventually ruled in the mother’s favor and said that the granny needed to take down the photos from Facebook and Pinterest, according to Mashable.

But it doesn’t stop there. For every day that the grandmother doesn’t remove the pictures of her grandkids, the court said it would charge her a fine. She will be charged about $54 a day up to a maximum of around $1,100, according to Mashable.

The European Union, which includes the Netherlands, has a strict privacy law known as the General Data Protection Regulation (GDPR). The intent of the law is to expand privacy rights for everyday users, rather than prioritizing social media and tech companies.

The GDPR doesn’t cover “domestic purposes,” but because the pictures were posted to social media, the court ruled that the issue became “public.”

So a warning to grannies, don’t publish pics of your Dutch grandkids without their parents’ permission.