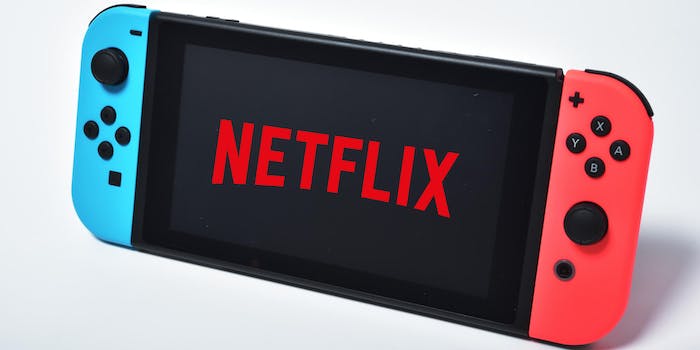 No, there’s not a root-free workaround to get Netflix on Switch consoles

Nintendo wants to focus on the Switch as a gaming console.

In these quarantine times, binge-watching has become a necessary distraction for some as uncertainty and changing realities settle in. However, you’ll need something other than your Nintendo Switch to stream Netflix unless you want to root the console.

Switch owners need a mod to upload an Android operating system to access Netflix and other platforms. This workaround limits some external services and app functionality. The Switch can essentially become an Android tablet with limited capabilities to support Chrome and Twitch.

This doesn’t affect gameplay, although it can be cumbersome—especially on a device that already supports YouTube and Hulu. However, there’s not really another choice at the moment.

“Alternative” workarounds popping up online have prompted confusion about whether Switch owners can download Netflix with traditional methods. We’ve tested them, and they just don’t work.

Why don’t these workarounds work?

Put forth by Techowns and Alitechhub, the mod-free method of downloading Netflix to a Switch console doesn’t work for a couple reasons:

Until Nintendo partners with Netflix to create an app for the Switch, there will not be a root-free method of using the streaming platform on this particular console.

Why isn’t there a Netflix Switch app?

Nintendo has maintained that the Switch is focused on being a gaming console, despite current support for YouTube and Hulu. It’s unclear when a Netflix app may roll out for the Switch.

However, Netflix is available on the Nintendo 2DS, 3DS, 3DS XL, New 3DS, and New 3DS XL. So, a continued partnership between the two companies is not entirely out of the question.