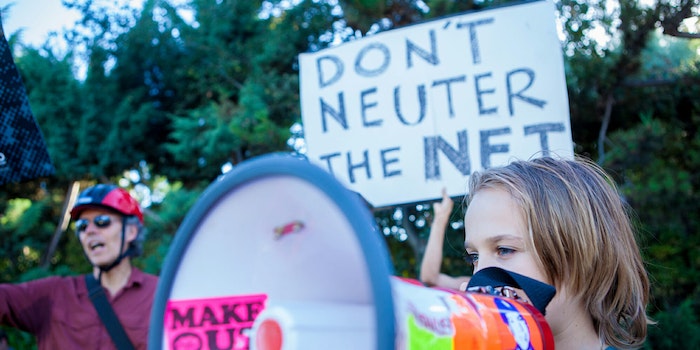 The bill would make ISPs with state contracts comply with net neutrality rules.

The bill, A2432, would authorize the state’s Public Service Commission (PSC) to strip ISPs of their state contracts if they do not adhere to net neutrality rules, Assemblymember Patricia Fahy (D) said ahead of a vote on Tuesday. Lawmakers said the PSC would monitor whether ISPs with government contracts were engaging in throttling or paid prioritization.

In addition, the bill would require state agencies, municipalities, libraries, and other government agencies only to contract with ISPs who were certified by the state’s PSC.

“Free and open access to the internet is critical to our small businesses and furthering innovation in the creative economy, as well as our education and library system,” Fahy, a sponsor of the bill, said in a statement. “We must ensure the internet remains an accessible resource for all to use, as it has become inextricably linked in our day to day life at work, home, and more. In New York, we stand with consumers and a free and open internet for all.”

The assembly passed the bill 84-34. A companion bill has not yet passed in the state Senate. Last year Gov. Andrew Cuomo signed an executive order that said the state’s government could not enter into contracts with ISPs unless they agreed to adhere to net neutrality principles.

A number of states, including California and Vermont, have passed net neutrality bills in the wake of the Federal Communications Commission’s (FCC) repeal of the rules. Other states have also introduced bills. Both California and Vermont have agreed to halt their bills until the outcome of a federal court battle over the repeal is settled.

A decision from the United States Court of Appeals District of Columbia Circuit is expected later this year.