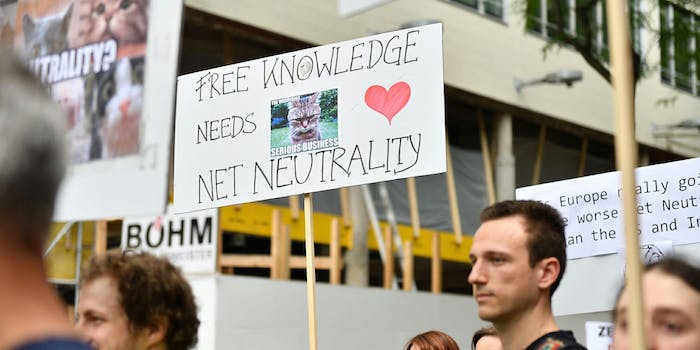 The bills echo other ones passed by states in the wake of the FCC's repeal.

New Jersey’s state assembly passed three net neutrality bills on Thursday, which echo a number of other states who have worked on laws in the wake of the Federal Communications Commission’s (FCC) repeal.

Companion legislation for the bills awaits hearings in the state senate. If they are passed in that chamber, it’s likely they would be signed by Gov. Phil Murphy (D), who signed a net neutrality executive order in 2018.

The first bill, A2131, would direct the state’s Board of Public Utilities to prohibit internet service providers from installing broadband infrastructure on poles over highways, right-of-ways, or underground facilities unless they adhere to net neutrality rules including: not using paid prioritization, and allowing customers to access lawful content on the internet without discrimination or degraded internet speeds.

The second bill, A2132, would prohibit internet service providers from getting public contracts unless they adhere to net neutrality rules. This is similar to a bill passed by New York’s state assembly earlier this month.

That bill passed the assembly 56-16-1 on Thursday.

The final bill, A2139, requires companies looking to get approval for cable television service applications to adhere to a number of principles including not using paid prioritization, and allowing people to access lawful internet content without discrimination or degraded internet speeds.

The bill passed in the assembly 54-16 on Thursday.

New Jersey’s attorney general was one of the more than 20 that signed onto a lawsuit against the FCC after the agency’s net neutrality repeal.

Other states, such as California and Vermont, have passed net neutrality bills, however both states agreed to halt their bills until the outcome of a federal legal battle over the repeal is resolved.