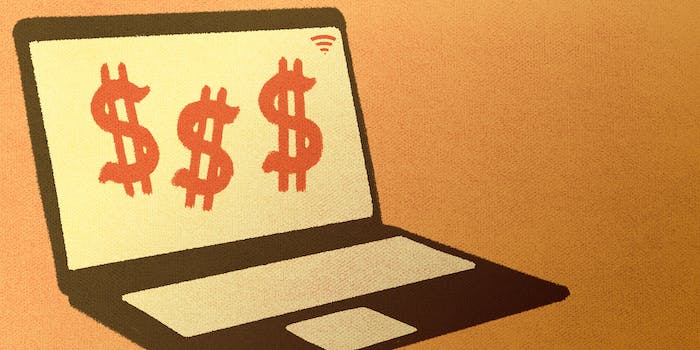 Will net neutrality raise your taxes?

With the FCC’s move to enshrine net neutrality with a Thursday vote now all but certain, critics are repeating that this actually has a devastating effect—a huge increase in taxes. But is there any truth to the claim?

While it’s still a minority opinion, there’s no shortage of critics who repeat the claim. “It opens the door to billions of dollars in new taxes,” Federal Communication Commissioner Ajit Pai said in a radio interview Feb. 17. “One left-leaning study assessed that there’d be $11 billion in new fees that would be piled on your broadband bills.”

“Title II regulations“—the authority under which the FCC will stake its new rules—”will lead to billions of dollars in new fees and taxes,” Rep. Marsha Blackburn (R-Tenn.) said on Feb. 10. In a press release, Rep. Bob Latta (R-Ohio) warned that “reclassification could add another $15 billion in user fees and taxes for consumers.”

What do all three have in common? Well, first, they’ve all been paid pretty heavily by Verizon. According to data provided by the Sunlight Foundation, Blackburn and Latta are two of the House’s biggest recipients of campaign donations from Internet providers in general, and Verizon in particular. Pai’s relationship with Verizon was more formal; he served on the company’s general counsel from 2001-03.

But besides that, all three are referencing a single study, published Dec. 1 by the Progressive Policy Institute (PPI). The study’s findings are clear: It specifically looks at what it thinks would happen under Title II reclassification, estimates added taxes for consumers in each state, and finds it would could raise taxes by a total of $11 billion.

The question, of course, is how fair the study is. Not very, says prominent pro-net neutrality group Free Press. In a filing to the FCC, it noted that Congress periodically votes to extend the Internet Tax Freedom Act (ITFA), as it did on Dec. 13. (Optimists hope that Sen. Ron Wyden (D-Ore.)’s bill to permanently ban taxes on Internet access will pass before the Internet Tax Freedom Act’s next expiration date in October.)

On this point, the PPI’s two authors differ. In an email to the Daily Dot, one of those authors, Rober Litan, admitted that his study’s findings were warning of potential taxes down the road, not a guarantee of a lighter wallet. “My paper,” Litan wrote, “documents the maximum potential additional taxes consumers might have to pay.”

“Individual tax determinations will have to be made at the state and local level, but there is uncertainty about the extent to which the Internet Tax and Freedom Act would preempt all these taxes. There are efforts in Congress to clarify that uncertainty through an explicit preemption, but until that is done, consumers in states and cities remain at risk,” he said.

Litan’s coworker, Hal Singer, came stronger, referencing his own rebuttal to Free Press’s rebuttal. There, he too admitted that potential taxes would depend on states’ actions and potential court rulings, but doubled down on warning that states could still impose new taxes despite the ITFA.

The PPI’s exact methodology, it’s worth noting, isn’t public, but Singer shared some of it with the Washington Post’s Fact Checker column, which found that it’s “impossible to quantify the exact impact of the potential FCC decision, since Internet regulation is a new area of policy.” Given the uncertainty—and the fact that neither the PPI study nor the politicians who use it as reference make it clear that it was actually written to estimate the high end of possible taxes—the Post rated the claims as having “significant factual error and/or obvious contradictions.”

In other words, it’s far too early to tell. But American consumers likely won’t be paying $11 billion, and it’s fair to look at those who insist you will with a skeptical eye. And taxes or no, they probably want Wyden’s permanent ban on Internet access tax to pass.