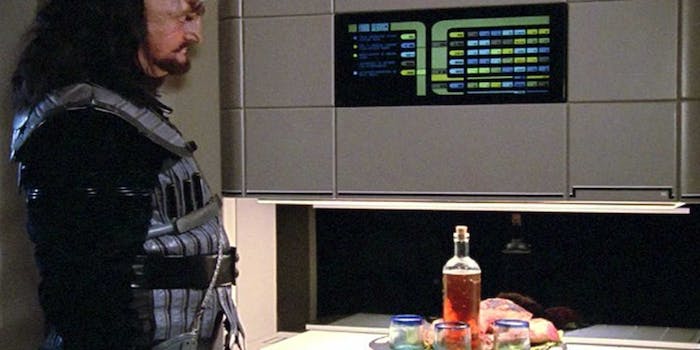 And you thought their chocolate milk was impressive.

Conjuring up a food item out of thin air has always been the stuff of science fiction, but leave it to the world’s largest food company to make such a thing a reality. Nestlé, the same folks behind everything from DiGiorno pizzas to Butterfinger candy bars, is hard at work on a new project that it has code-named “Iron Man,” with the extraordinary goal of producing food specifically catered to your personal nutritional needs.

The project, which is being undertaken by a team of scientists at Nestlé’s Institute of Health and Sciences, envisions a machine that could scan you for nutritional deficiencies and then whip up a food, drink, or supplement to correct it. Each food item would be tweaked so that it offers you the ideal nutritional makeup for your body.

Nestlé even suggest that the end result could be a machine that resembles the “replicator” from Star Trek, able to essentially snatch an edible item out of thin air. In reality, any machine that is capable of creating custom food would do so by mixing its own stores of nutrients and other digestible substances, and then do its best to make it not taste like hot garbage.

The company admits that it is only in the very early stages of planning its custom food revolution, and notes that it could be a decade or more before we see the fruits of the Iron Man project. Of course, to please most of us, all Nestlé would have to do is find a way to add personalized vitamins to Nesquik syrup, so perhaps it won’t be that long after all.