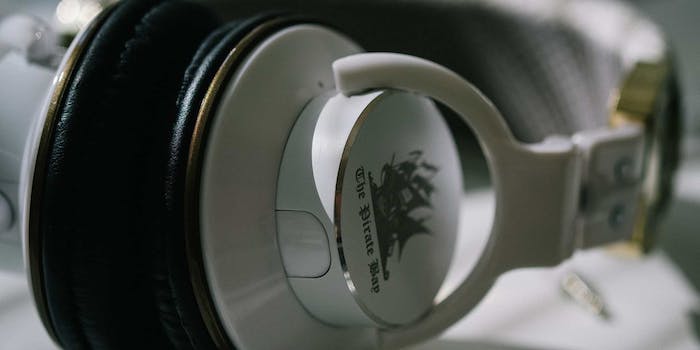 24 percent of Internet traffic is devoted to piracy, study says

A study released earlier this month by anti-piracy firm NetNames at the behest of über content creator NBCUniversal, estimated that nearly one-quarter of the Internet’s total bandwidth is taken up by the illegal distribution of copyrighted content.

“Internet usage continues to grow at a rapid pace; and with it, so does Internet-based infringement,” writes NetNames. “The practice of infringement is tenacious and persistent. Despite some discrete instances of success in limiting infringement, the piracy universe not only persists in attracting more users year on year but hungrily consumes increasing amounts of bandwidth.”

The study, which looked at the regions of North America, Europe and Asia-Pacific that encompass all but a small fraction of overall web traffic, found that Internet users shared 9,567 petabytes (about 10 billion gigabytes) of copyrighted files last year, accounting for 23.8 percent of all Internet traffic. Between 2010 and 2012, the amount of bandwidth dedicated to this type of file-sharing increased by nearly 160 percent.

The study looked at an array of different types of content, from music and movies to video games and ebooks; however, as David Price, NetNames’ director of piracy analysis, noted in a video accompanying the study’s release, it didn’t look at pornography. That’s because “it’s often very difficult to work out if a piece of pornography is infringing or not.”

Examining the most commonly downloaded non-pornographic torrent files, researchers discovered that an overwhelming majority linked to copyrighted content. Even so, this finding doesn’t mean every single file shared over a BitTorrent-enabled peer-to-peer network is being traded illegally—some pieces of content could be placed under a Creative Commons license allowing for free, public distribution, and others could have simply lapsed into the public domain.

Price explained there are basically three types of piracy-enabling sites that exist on the web—BitTorrent sites, streaming sites, and direct download cyberlockers. Both the BitTorrent tracker sites and the streaming index sites, which function by directing users to locations where sought-after files can be downloaded, are replete with advertisements and, in some cases, allows users to pay for ad-free/higher capacity “premium” plans.

“So the piracy sites that we focused on for this study are very much driven by profit,” Price charged, setting up a dynamic pitting rights-holders against piracy enablers, both of whom are equally profit-seeking, in place of the commonly held conception of the piracy battle being between big media conglomerates and individuals who just don’t want to wait four months for the season premiere of Downton Abbey to become legally available in their country.

“Obviously when enforcement shuts these sites down or shuts down their payment its hitting directly at their revenue streams,” Price continued.

The study went on to note there was a growth in piracy even in “regions where the legitimate distribution of content is advanced.” The study’s assertions that sites that enable piracy are out to make a buck and that a broad array of legal piracy alternatives aren’t the magic bullet to kill piracy happen to dovetail nicely into the interests of Comcast, NBCUniversal’s corporate parent; there’s some evidence the key to stopping people from illegally downloading copyrighted material is making it easier to legally access content than to steal it.

In a recent interview, Netflix CEO Reed Hastings said that BitTorrent traffic in Canada dropped by 50 percent in the three years since the company’s on-demand video streaming service launched in the country three years ago.

This argument is partly backed up by NetNames’ own analysis. The study found that the percentage of Internet users who accessed a BitTorrent portal site during the first month of 2013 in regions where Netflix is almost universally available (North and South America, which recorded 15.5 percent and five percent of their populations having accessed at least one such site respectively) is significantly lower than in regions like Europe and Asia-Pacific where it is not (those areas showing 47.1 and 24.7 percent respectively).

UPDATE: NBC actually commissioned the same study from NetNames (then known as Envisional) in 2011. At that time, the company came up with the same 24 percent figure regarding how much Internet traffic is devoted to piracy.