Here’s one way Donald Trump’s political math is working out, whether he meant it to or not.

“At this point, if you still don’t support Trump, I’m seriously questioning whether or not you’re [a white nationalist],” one individual said Monday evening on Stormfront, the most popular white supremacist forum online.

Many neo-Nazis already supported Trump, but his new plan won him even more fans, who can’t help but be excited by the fact that he’s been polling as the leading Republican candidate for five months.

Across the white supremacist blogosphere, sites like American Renaissance and Occidental Dissident saw hundreds raise their hand in support.

The one common criticism seen across white supremacist websites and forums was that Trump didn’t extend his ban to all non-whites. Still, many called the move a “good start.”

While much of the public focuses on the Islamist terrorist threat to the United States, the facts tell a more sobering story.

There have been over 14,000 murders every year in the U.S., adding up to over 279,000 violent gun deaths between 2005 and 2013, according to the Centers for Disease Control and Prevention. Dwarfing that, over 610,000 Americans die of heart disease each year.

Despite the relatively small number of Americans killed by violent jihadists, the proposal to block all Muslims from entering the U.S. has been met with triumph from white supremacists.

How do the Internet’s neo-Nazis express their ecstasy at Trump’s new plan? The same way the rest of the Internet does: Memes. 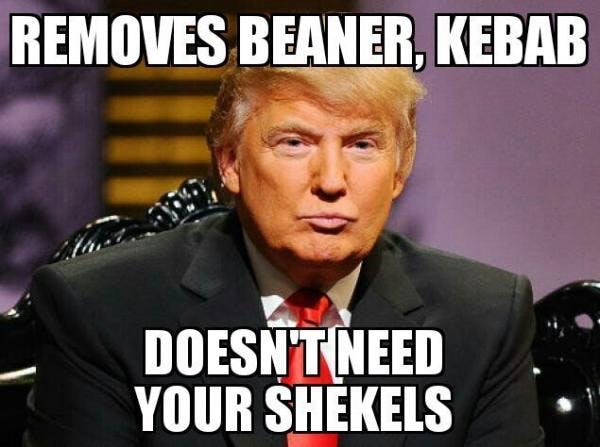 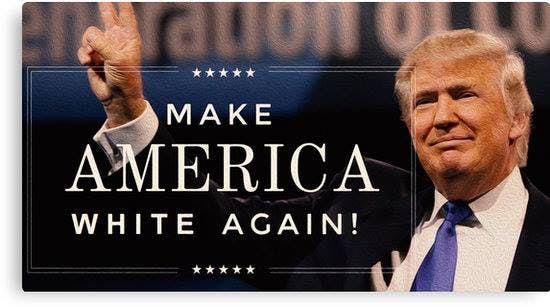