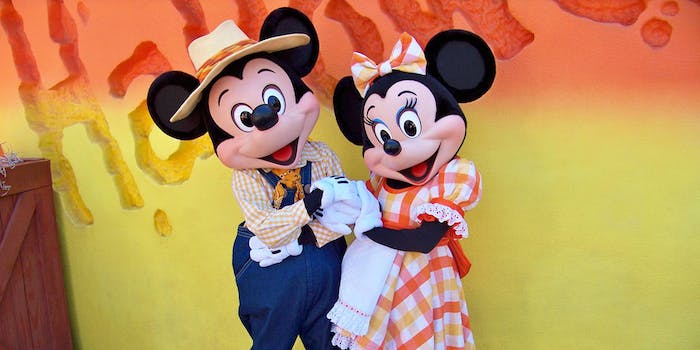 And no reported refund on the $13,000-plus they spent to get there.

This month a Muslim family of 11 was barred from entering the United States to visit Disneyland at London’s Gatwick airport. American authorities gave no explanation and the family was escorted out.

Some are suggesting that this is coming due to a wave of anti-Muslim sentiment in recent months, with the Paris attacks, the San Bernardino shooting, and Donald Trump’s inflammatory rhetoric demanding all Muslims be barred from entering the United States. The exact reason why the family was turned away, however, remains unknown.

Multiple outlets, including the Washington Post and the Guardian, have reached out to the U.S. Department of Homeland Security for comment, with no response.

This isn’t the first time a person of Muslim descent was barred from entering the United States from the U.K. According to the Telegraph, a local imam has recalled 20 other similar cases. It’s getting so out of hand that U.K. politicians are now having to step in. Stella Creasy, the Member of Parliament from Walthamstow, is asking Prime Minister David Cameron to press American authorities on exactly what is going on.

The father of the family, Mohammad Tariq Mahmood, told the Telegraph: “They need to check our backgrounds, check our accounts, and check our businesses before they react like that. They can’t react like that just because we are Muslim.”

Luckily aides from Cameron’s office have confirmed that they are looking into this case. Sadly for Mahmood, his family will not reportedly be getting a refund of the $13,340 spent for the cost of their flights.