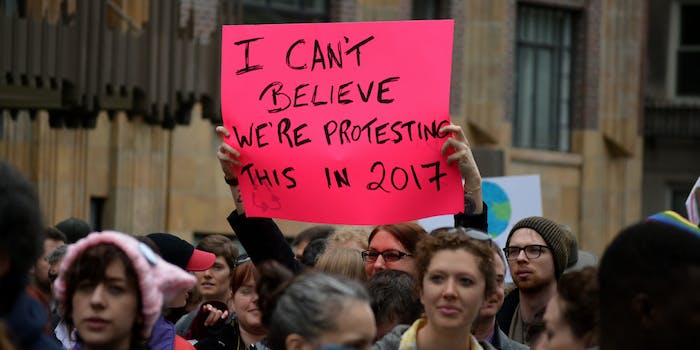 Are you a political centrist? We have some bad news.

Being politically moderate is increasingly rare, a new analysis shows.

The number of partisan Americans has grown significantly over the past two decades, as the political climate as a whole continues to drift toward the more radical fringes of both major parties, according to Pew Research Center.

Essentially, there are fewer Americans than in years past who have a mix of opinions about American politics. As Pew points out, only about a third of Americans have a mix of conservative and liberal views compared to nearly half of Americans in 1994.

Pew notes that extreme partisanship among Americans reached record levels during the presidency of Barack Obama and have continued to climb since President Donald Trump was elected.

The agency saw trends among both parties. In the late 1990s and early 2000s, Republicans were more likely to think government regulation in business caused more harm than good, that poor people “have it easy” because of government benefits, and Black Americans are responsible for their “own condition” in terms of getting ahead in life. The Democrats thought the opposite over the same time span.

Meanwhile, fewer Democrats think immigrants are a “burden on our country” and believe homosexuality should be “discouraged by society” than they did in 1994. Both Democrats and Republicans have seen declining numbers in people who believe those notions, according to Pew’s findings.

You can read more about Pew’s findings here and here.