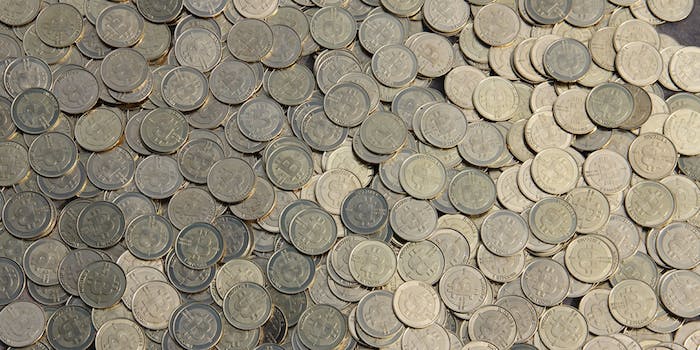 MIT students are about to receive $100 in Bitcoin

Just don't spend it all in one place.

Students at the Massachusetts Institute of Technology are about to get a very unique scholarship. Two of their colleagues have announced plans to give $100 in Bitcoin to every undergraduate this fall.

That’s not a ton of bitcoins—about 0.22192 BTC, according to today’s figures. But it adds up to more than half a million dollars that they’ve raised in total. The plan is a simple one, they think: If Bitcoin—a decentralized digital currency—is to become more mainstream, more and more smart folks need to use it.

“We chose the $100 amount as a ‘Goldilocks Number,’ a number which is just right,” Dan Elitzer, founder of the MIT Bitcoin Club and one of two behind the project, told the Daily Dot. “We wanted the amount be large enough to be used for more than a single transaction, while not being so large as to be considered as serious financial asset. We want students to be able to try several different services.”

The money—more than half a million—was provided by just 25 donors. Half of that alone comes from Alexander Morcos, an MIT grad, entrepreneur, and of course, Bitcoin enthusiast who invests in cryptocurrency-based startup companies.

So come fall, the MIT campus will likely be the first physical place where it’s safe to assume most people are packing cryptocurrency.

“Giving students access to cryptocurrencies is analogous to providing them with Internet access at the dawn of the Internet era,” said Jeremy Rubin, the other student, said in a press release.