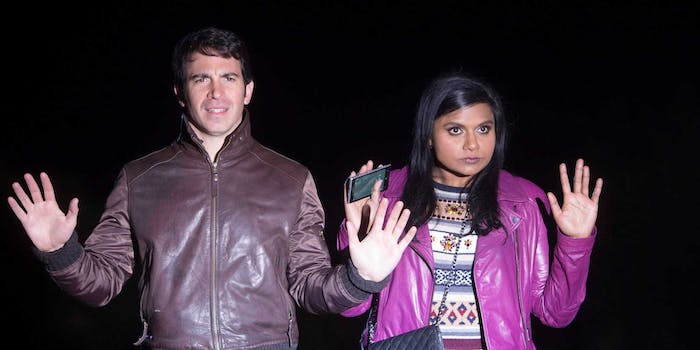 I'm sorry, but there is never more than one Windows phone in the room. Ever.

I started watching The Mindy Project only because it was on after New Girl. My friends and I would have eaten so much bread and cheese and drunk so much wine (yes, we are a cliche) that we were little more than lethargic, giggly, beached humpbacks, lounging ourselves in the dull sun of primetime comedy. “What’s this? Another 22 minutes of lady-targeted hilarity? Fine by us!” we sang.

But The Mindy Project became more than the antidote to my Tuesday night pre-hangover (hangunder?)—it became my favorite new sitcom. In the wake of 30 Rock’s absence and the knowledge that Parks n’ Rec isn’t long for this world (and the fact that New Girl is heavily relying on the overplayed physical mechanics of Noises Off paired with people making weird voices), I needed some fun and light to even out the Walking Dead/Mad Men/House of Cards/Games of Thrones/True Detective macabre I tend to wade through.

As any loyal viewer would, I have come to realize that, despite my love for the show, it has some issues with representation. And no, I’m not talking about the ones regarding race and women or race and men or just women and men. I’m talking about the technology.

Watching this week’s season finale, something Morgan had said in the previous episode struck me: He said he didn’t have a smartphone. Yes he did! I saw him use it in another episode; it was bright yellow. A new Nokia.

In fact… that’s the same phone Mindy has.

Actually, she has two phones apparently. Both Windows 8.

It doesn’t take a Sherlockian level of detective work to deduce that The Mindy Project has a deal with Microsoft. There’s the time when James Franco’s character shows off his living sperm via a Surface, and as you can see Dr. Mindy Lahiri basically can’t be separated from her Nokia Lumia. 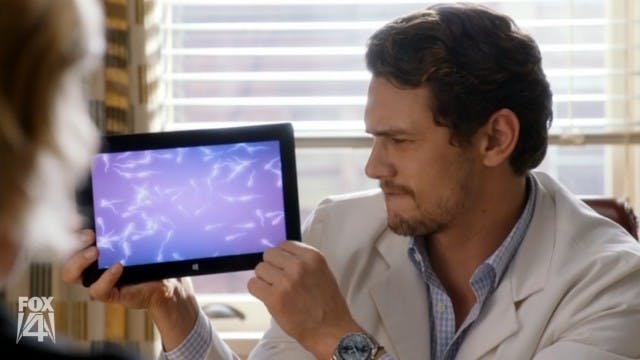 Of course this show is not the sole offender: Parks n’ Rec has been plugging WP8 mobile products like it’s its job (hahahaha IT IS) for a while now, and The Office used to shamelessly plug Apple’s wares. But neither of these shows have struck a chord with audiences when it comes to representation the way The Mindy Show has.

And sure, it’s not … “electronic representation”… the fans are most riled up about, but such a thing is not devoid of meaning: What electronics we buy and prefer say a lot about us. IPhone users love to travel and are outgoing, HTCers are less agreeable. Blackberry owners are rich, in long-term relationships, and drink more coffee. Android users drink the most alcohol.

Our phones are representative of the things we like to do, the money we make, how we spend it.

None of this is to say I hate Microsoft mobile products and The Mindy Project should ditch them entirely! Hell, I’m writing this from a Windows 8.1-enabled ASUS right now (and I just love it! *wink* Feel free to send me free stuff!). I find it completely believable that a young doctor living in the city would use a Surface Pro or a Nokia Lumia 930. However, the idea that an entire group of various people with various income levels and various backgrounds use the same brand is just bad representation.

The idea that curmudgeonly Danny Castellano, who’s basically the reincarnation of Andy Rooney (if Andy Rooney were super bangable) would use anything except a flip phone is lunacy. If he did finally decide to go smartphone, he would get an Android, nothing too flashy or new, maybe a Samsung Galaxy S3, so he could mock those hippie Apple users with their meTunes and that Cici voice assistant crap. 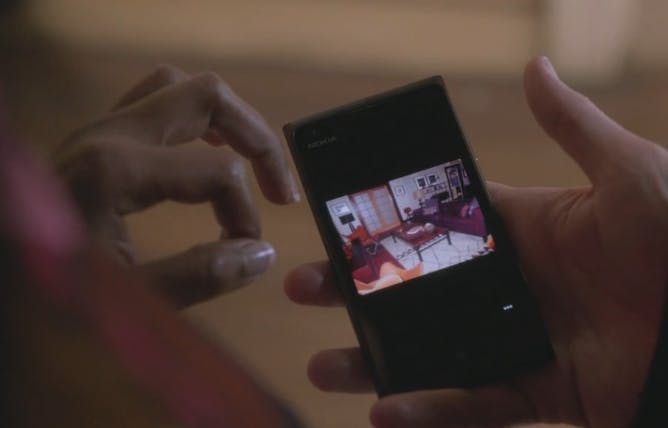 Nurse Morgan Tookers is probably rocking a jailbroken iPhone 3GS that his grandma gave him. He can only get like, five apps. The screen has been entirely destroyed so he keeps it in a plastic bag most of the time.

There is no way—no way—that Dr. Jeremy Reed doesn’t have the iPhone 5S, which he will promptly discard when the iPhone 6 comes out. He refuses to use a case or screen protector for it so that everyone knows what brand he uses. He has the gold one.

Receptionist Betsy doesn’t have a smartphone. She just uses the payphone in the alley (the phone in the office isn’t for personal use) to make calls and Skypes with her parents from the library.

Tamra’s got the HTC One. I’m not sure why; it just seems like something her douchey boyfriend Ray Ron would think is cool (not that it’s a douchey phone, I just get that vibe).

And Mindy… Well, Mindy probably is a WP8 subscriber. I could see her with a fancy, colorful Lumia with a crazy camera. Something that’s perhaps not as practical for work as for fun, but certainly has the capability if she ever decided to do something with it besides Instagram and Candy Crush.

I know, I know: It’s a sitcom, not the great American thinkpiece representating a golden age of television. But it’s a good sitcom, and one that has stirred up a lot of discussion about diversity. And our phones aren’t just phones anymore; they’re so woven into our lives and highly instrumental in plot points and dialogue (seriously, there are a variety of conversations and actions the revolve about smartphones on this show in particular). It’s almost as if everyone on the show just happened to be wearing a trucker hat with a company name emblazoned across it. Would we be like, “Weird! They’re all wearing those cool trucker hats!”? No. We’d be like, “Who the hell makes those god-awful hats and why is this marketing so blatant and in my face?”

The era of subtle product placement via electronics is over. It’s time for TV to get the phones and tablets its characters deserve.