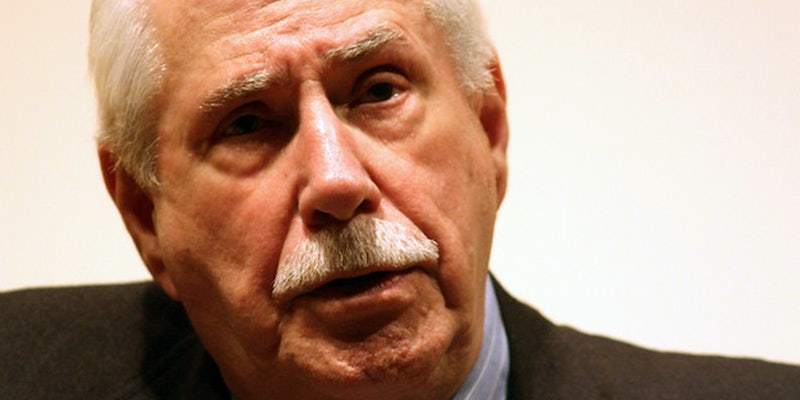 Internet darling Mike Gravel might make the next presidential debate

Could Mike Gravel make a splash?

Last month, Democrats had an unheralded, unheard-of candidate become the breakout meme star of the 2020 debates. Marianne Williamson took the internet by storm with her new-age philosophies and old, incoherent tweets.

It looks like that might happen again, as another internet darling is closing in on the benchmarks need to make the second round of the Democratic debate: The man whose campaign is run by meme teens.

Mike Gravel entered the 2020 race on the advice of some teens who heard about him on politics podcast Chapo Trap House and has become a bit of a sensation as he’s savaged everyone with highly relatable tweets about Pokémon Go.

Now, he’s announced he’s close to reaching the 65,000-donor milestone needed to make the next debate, July 30 and 31, in Detroit.

the #Gravelanche is so very close now, all we need is for everyone who believes in sending a strong anti-imperialist voice to the next debate to stand with us by giving $1, and telling their friends and family to do the same

Folks: if we keep up the pace from today we'll qualify in TWO DAYS. Let's do it: evangelize, convince your friends, family, your loved ones, your worst enemies. We're this close. Do everything it takes. And THANK YOU for all of your help.https://t.co/R8N3DrihCD

Gravel got a recent bump when Williamson sent out a fundraising email to help him out, noting that peace-loving candidates needed to support each other. He has been polling at 1%, the required threshold for the debate.

the @marwilliamson bump is in full effect pic.twitter.com/SanBwqVogd

Gravel has promised not to actually seek the nomination for president, but only to join the debates to help challenge centrist candidates and move the party leftward.

The lineup for the debates will be announced on July 17.