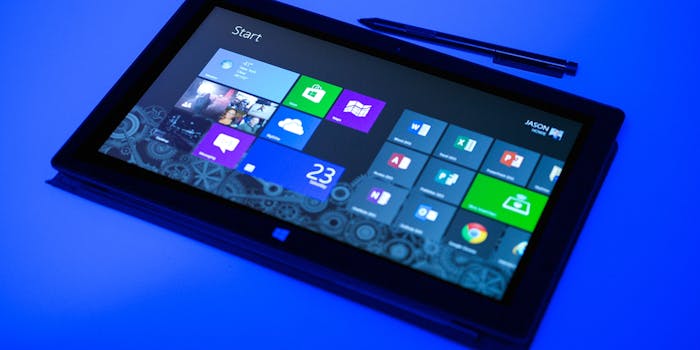 Won’t somebody please cut Microsoft a break? The former undisputed champion of consumer tech has found itself playing a game of catch-up with Apple over the past few years. The Silicon Valley veteran’s latest strategy for renewed relevancy is high-profile tie-ins with partners—but even this can backfire.

Case in point: Microsoft Surface’s recent tie-in with CNN for the 2014 midterm elections. Microsoft got some primetime TV coverage, CNN got some shiny new toys, everybody wins. Except, as GeekWire points out, the effect was undermined after people discoverd that the CNN anchors were using their lovely new Surfaces to hide a couple of Apple iPads.

Even the good people at CNN who have Microsoft surface tablets in their face hide iPad … – http://t.co/Sz6CpzLrEg pic.twitter.com/7Bam8uyI2G

And lastly, Chicago Bears quarterback Jay Culter went so far as to describe the tablets as “knockoff iPads” on national television. Oof.

“iPad” is fast becoming a catch-all term for tablets—like “Hoover” or “Kleenex”—much to Microsoft’s chargrin. And that’s a kind of brand recognition that money—even 400 million bucks—can’t buy.