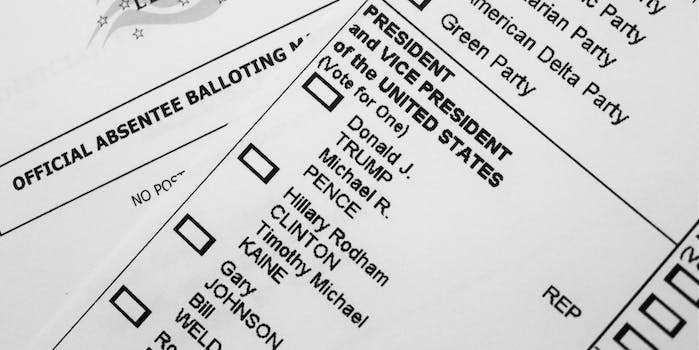 The ballot anomalies are unlikely to affect the overall outcome of the state's election.

Michigan’s election bureau on Monday ordered an investigation into ballots cast in Detroit during the presidential race, citing discrepancies in some of the city’s voting precincts.

The Associated Press reports that at one polling location specifically as many as 250 ballots were improperly handled; only 50 were properly sealed in a container. The AP additionally stated that it was “not immediately clear what caused the inconsistencies in other precincts.”

A spokesman for Republican Secretary of State Ruth Johnson told the AP that state officials have learned of “significant mismatch” issues at “roughly 20 of Detroit’s 490 precincts.”

Johnson asserted, however, that there was no reason to assume the anomalies will affect the overall outcome of the state’s election, in which President-elect Donald Trump secured a narrow victory of his Democratic opponent, former Secretary of State Hillary Clinton.

During a recent recount effort, prompted by Green Party candidate Jill Stein, many precincts could not be recounted because the number of ballots did not correspond to the number of voter names recorded by polling officials.