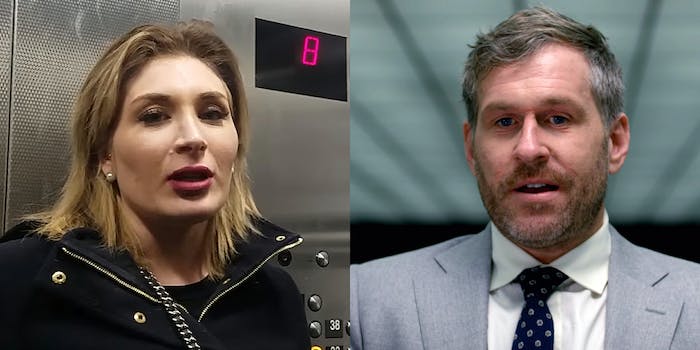 Medium is cracking down too.

As Twitter users on the far-right got up in arms over the suspension of bots that decreased their number of followers, another online platform took a harder stance against members of the conservative media.

Leading members of the far-right media ecosystem like Mike Cernovich, Laura Loomer, and Jack Posobiec had their Medium accounts suspended today, according to the Outline.

The suspensions were first noted by Twitter user Nathan Bernard.

Mike Cernovich and Jack Posobiec have had a rough month. Both caught cheating on their wives and now they have been suspended from Medium. Things are not looking good. @medium @cernovich @jackposobiechttps://t.co/15k9TZARfNhttps://t.co/LEMETtYYSF pic.twitter.com/97jFwoXlDo

According to the Outline, it was likely a Feb. 7 update to their “Medium Rules” is the likely reason behind these users getting the boot.

“We do not allow posts or accounts that engage in on-platform, off-platform, or cross-platform campaigns of targeting, harassment, hate speech, violence, or disinformation. We may consider off-platform actions in assessing a Medium account, and restrict access or availability to that account.”

When reached for comment, on the matter, Medium said it did not discuss actions taken with individual accounts.