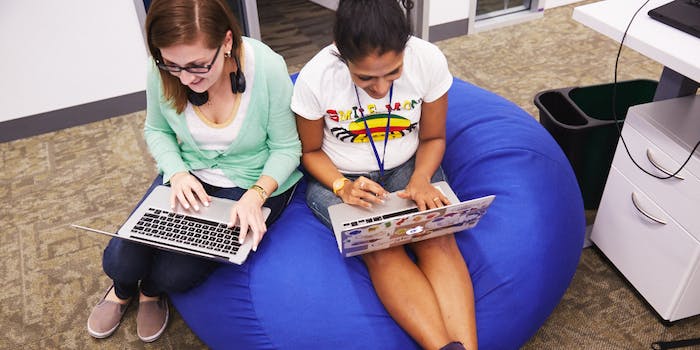 In case it bears repeating.

In a followup to its 2015 “Why Diversity Matters” study, McKinsey & Company has yet again confirmed what many of us know intuitively (and what its and others’ studies have also affirmed): Diversity is good for business—and it’s got the numbers to prove it.

For the tech industry, in particular, diversity is a well-known, well-documented issue. A number of companies from Github to Uber have publicized their internal diversity stats over the past few years in an attempt to bring awareness and accountability to the problem. However, progress is slow-going, even for companies making the most notable improvements, and executive leadership is often the least diverse area.

Salesforce is one example of a company doing a good job diversifying its leadership team. Currently, women make up just over 30 percent of its workforce, nearly 10 percent of its employees come from underrepresented minority groups, and of its 12-person board of directors, three are women and three are minorities.

“Our research confirms that gender, ethnic, and cultural diversity, particularly within executive teams, continue to be correlated to financial performance across multiple countries worldwide,” McKinsey’s authors write in its study. And despite it being a challenging goal to fulfill, “multiple companies worldwide have succeeded in making sizable improvements to inclusion and diversity across their organizations, and they have been reaping tangible benefits for their efforts.”