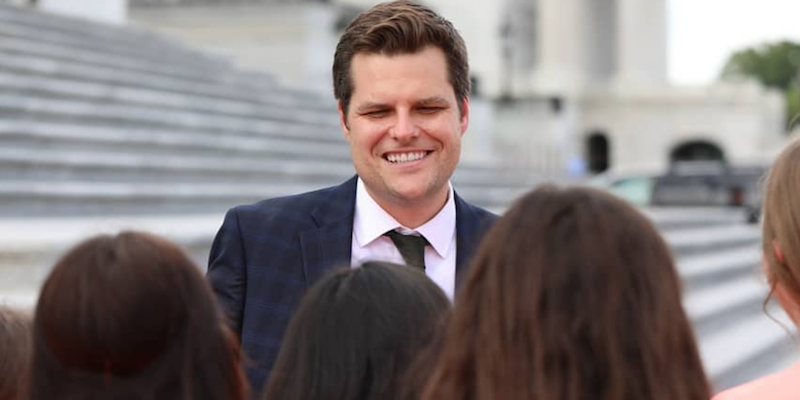 Matt Gaetz... was the bigger man?

In another collection of words that sums up our downright nonsensical discourse in 2019, a Pete Buttigieg staffer apologized to Rep. Matt Gaetz (R-Fla.) after commenting that he should have a cup full of urine thrown on him.

It began when Gaetz shared a screengrab of a woman he said worked for the Buttigieg campaign who had commented on Facebook saying “please, please let it be urine next time …”

The post was most likely in reference to Gaetz getting hit with a slushie last month, the first stateside instance of a trend of Britons throwing milkshakes at far-right politicians.

Hey ⁦@PeteButtigieg⁩ – this is a reply from a member of your campaign inciting (rather gross) violence against me after someone previously threw a drink on me.

Is this what your campaign stands for? pic.twitter.com/7u1wMaQDtj

Both Pollara’s Facebook and LinkedIn profiles show she works as a Florida Regional Investment Director for Buttigieg for America.

However, unlike the currently raging milkshake conflict between Portland antifa and writer Andy Ngo, this situation has a happy ending. Pollara called Gaetz to apologize, and Gaetz tweeted that he considered that “good enough.”

Samantha gave me a very nice call and apology. That is how reasonable people behave and it’s certainly good enough for me.