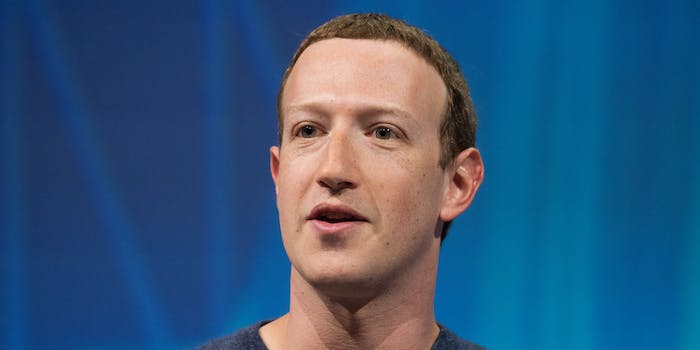 Facebook CEO Mark Zuckerberg has been named as a defendant in a Cambridge Analytica complaint brought on by Washington D.C. Attorney General Karl Racine.

Racine announced Zuckerberg’s personal involvement on Wednesday morning. The lawsuit has been going on since 2018.

The lawsuit was filed in response to the Cambridge Analytica scandal, where millions of people’s personal data was collected by the firm without their permission. The scandal eventually saw Zuckerberg testify before Congress.

Specifically, the lawsuit alleged that Facebook violated the District’s Consumer Protection Procedures Act, by misleading users about how their data was secured, not monitoring how third-party apps like the app that gave the data to Cambridge Analytica were using it, and making the social media giant’s privacy settings “ambiguous.”

“I just added Mark Zuckerberg as a defendant in my lawsuit against Facebook. Our continuing investigation revealed that he was personally involved in decisions related to Cambridge Analytica and Facebook’s failure to protect user data,” Racine said in a series of tweets. “My office filed our lawsuit in 2018, and since then, we’ve reviewed hundreds of thousands of pages of documents produced in litigation and completed a wide range of depositions including former employees and whistleblowers.

Racine added: “This lawsuit is about protecting the data of half of all District residents and tens of millions of people across the country. We’ve taken our obligation to investigate wrongdoing very seriously—and Facebook should take its responsibility to protect users just as seriously.”

In a separate tweet, Racine said that “allowing third-party apps like Cambridge Analytica to access user data was Mark Zuckerberg’s brainchild.” He added that adding him to the lawsuit was “unquestionably warranted.”

The social media giant hoped to get the complaint dismissed, but in 2019 a judge denied the request.

In a statement to the Daily Dot, Facebook called the allegations “meritless.”

“These allegations are as meritless today as they were more than three years ago, when the District filed its complaint. We will continue to defend ourselves vigorously and focus on the facts,” a spokesperson said.