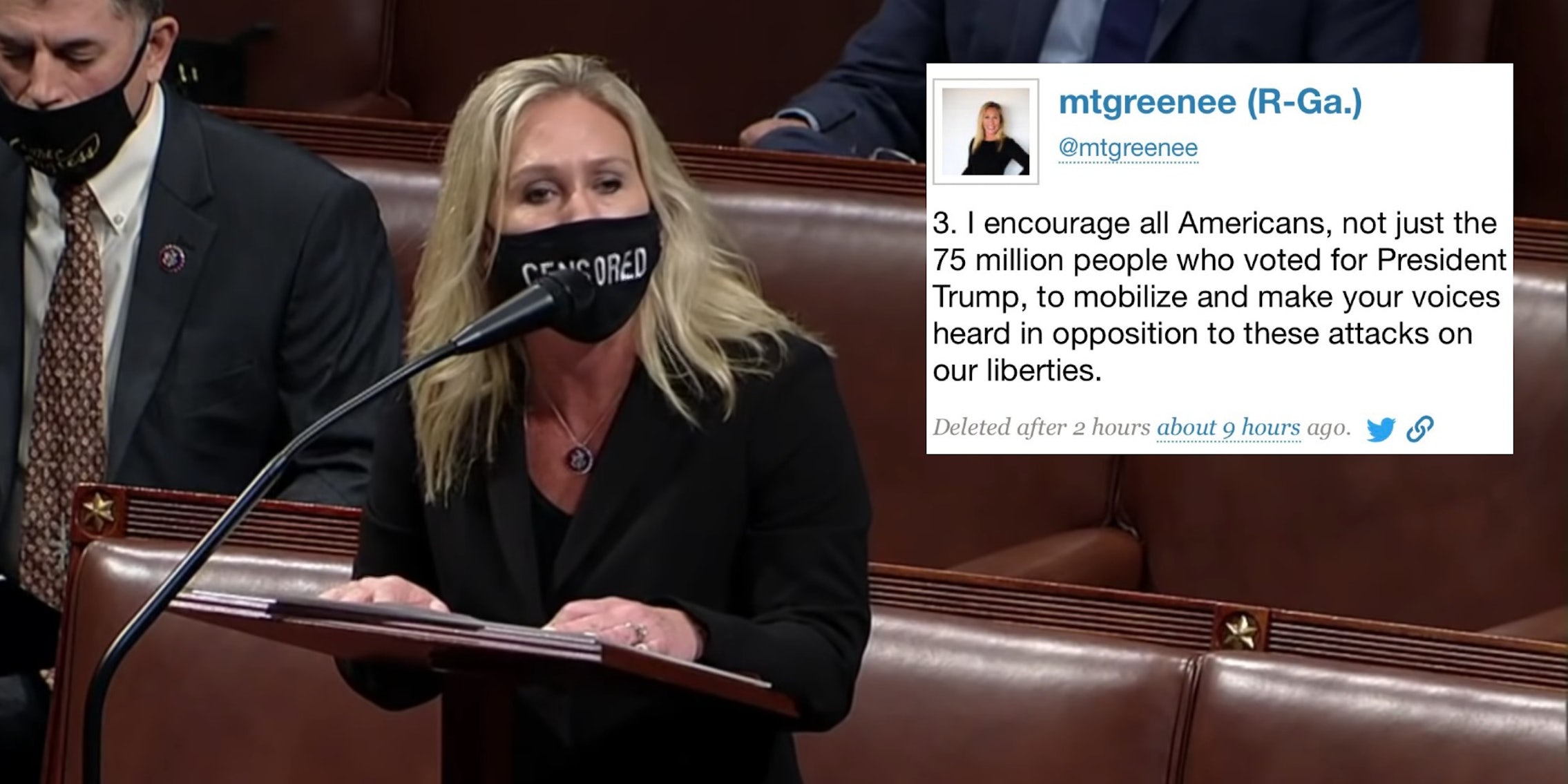 "I encourage all Americans... to mobilize and make your voices heard...'

Rep. Marjorie Taylor Greene (R-Ga.), the QAnon supporter and newly-elected congresswoman, deleted a tweet on Saturday that asked Americans to “mobilize” against “attacks on our liberties.”

“I encourage all Americans, not just the 75 million people who voted for President Trump, to mobilize and make your voices heard in opposition to these attacks on our liberties,” Greene wrote on Saturday.

The tweet was part of a larger thread in which Greene accused everyone from “Socialist Democrats” to President-elect Joe Biden of preparing to surveil and censor wide-swathes of the country.

“The Socialist Democrats, the incoming administration, the DC Swamp, and the Silicon Valley Cartel are looking for any reason to implement Communist Chinese-style spying and censorship on the American people,” Greene said.

While it remains unclear why Greene deleted the tweet, such calls to action are alarming given the potential for the congresswoman’s far-right base to respond.

Since the violence at the Capitol, much of which was carried out by fellow supporters of QAnon, Greene has deleted a significant number of tweets.

Some of the deleted tweets included praise for attorney Lin Wood, the conspiracy theorist who unsuccessfully attempted to overturn the election on behalf of the president, as well as a promise to stop the alleged “violent political targeting” of conservatives.

Despite numerous Twitter users questioning Greene over why she deleted the tweet, the congresswoman has declined to respond.