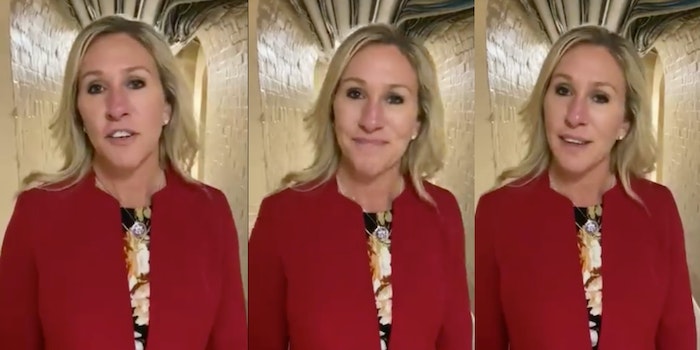 Rep. Marjorie Taylor Greene (R-Ga.) announced that she filed Articles of Impeachment against President Joe Biden on Thursday—just a day after he took office.