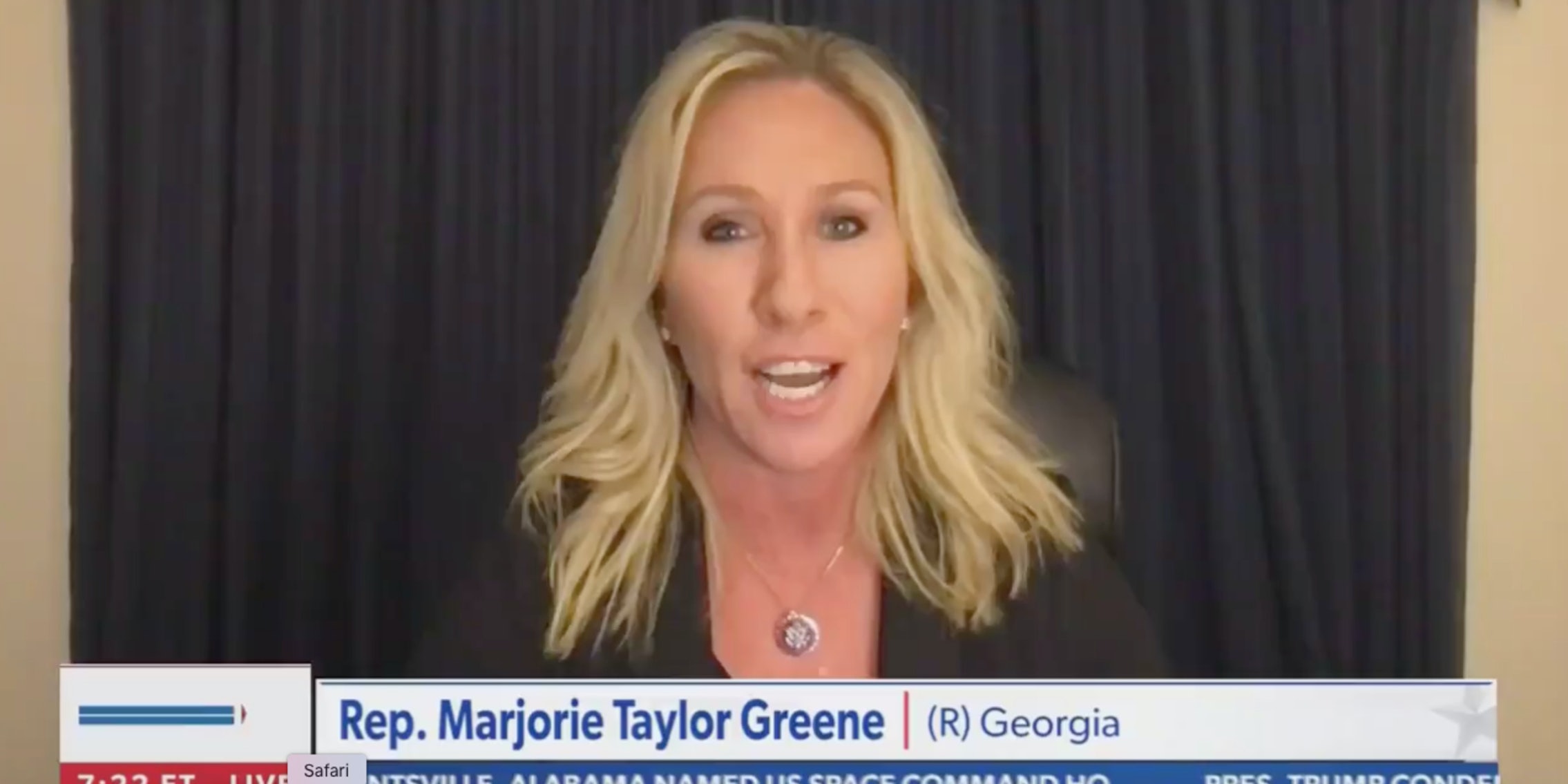 Greene says she made the announcement 'on behalf of the American people.'

The QAnon-supporting congresswoman made the announcement “on behalf of the American people” while appearing on Newsmax TV Tuesday.

“We have to make sure that our leaders are held accountable. We cannot have a president of the United States that is willing to abuse the power of the office of the presidency and be easily bought off by foreign governments, foreign Chinese energy companies, Ukrainian energy companies,” she says in a clip of her appearance. “So on January 21, I will be filing Articles of Impeachment on Joe Biden.”

Viewers are laughing the announcement off. “Lmao I can’t wait to watch this get laughed out of the House,” one user said.

The announcement comes on the same day as President Donald Trump’s record-breaking second impeachment for inciting a riot at the U.S. Capitol, which left at least five people dead. Greene went to bat for the president during Tuesday’s debate on the resolution. She made waves for sporting a face mask that read “CENSORED“ while speaking into the microphone on the House floor. (The irony wasn’t lost on people.)

She also said in a tweet that has since been flagged by Twitter, “President Trump will remain in office. This Hail Mary attempt to remove him from the White House is an attack on every American who voted for him. Democrats must be held accountable for the political violence inspired by their rhetoric.”

Greene has expressed belief in the QAnon conspiracy, which claims that President Donald Trump is in a battle with “deep state” actors. She has also reportedly made racist, anti-Semitic, and Islamophobic comments in the past.