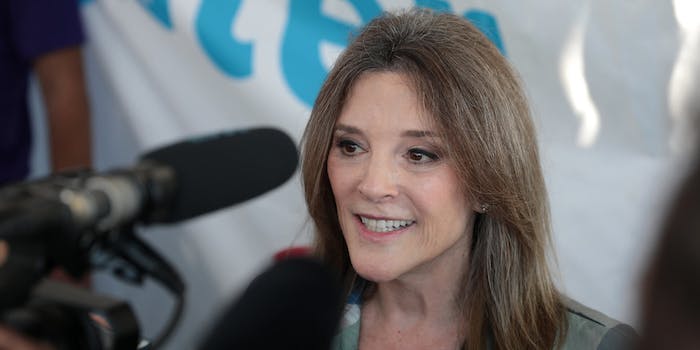 Manson was notoriously anti-Semitic and her tweet comes on the heels of Trump being criticized for using Jewish tropes during a speech.

Trump would not be able to pardon Manson even if he wanted to, as the former cult leader—who died in 2017—was convicted of state crimes.

Several people online have pointed out that the Daily Kos in mid-November republished a satirical article from another website claiming Trump pardoned Manson as part of its community submitted posts.

So perhaps that’s where Williamson got the idea?

Or maybe she was just watching Once a Time in Hollywood?