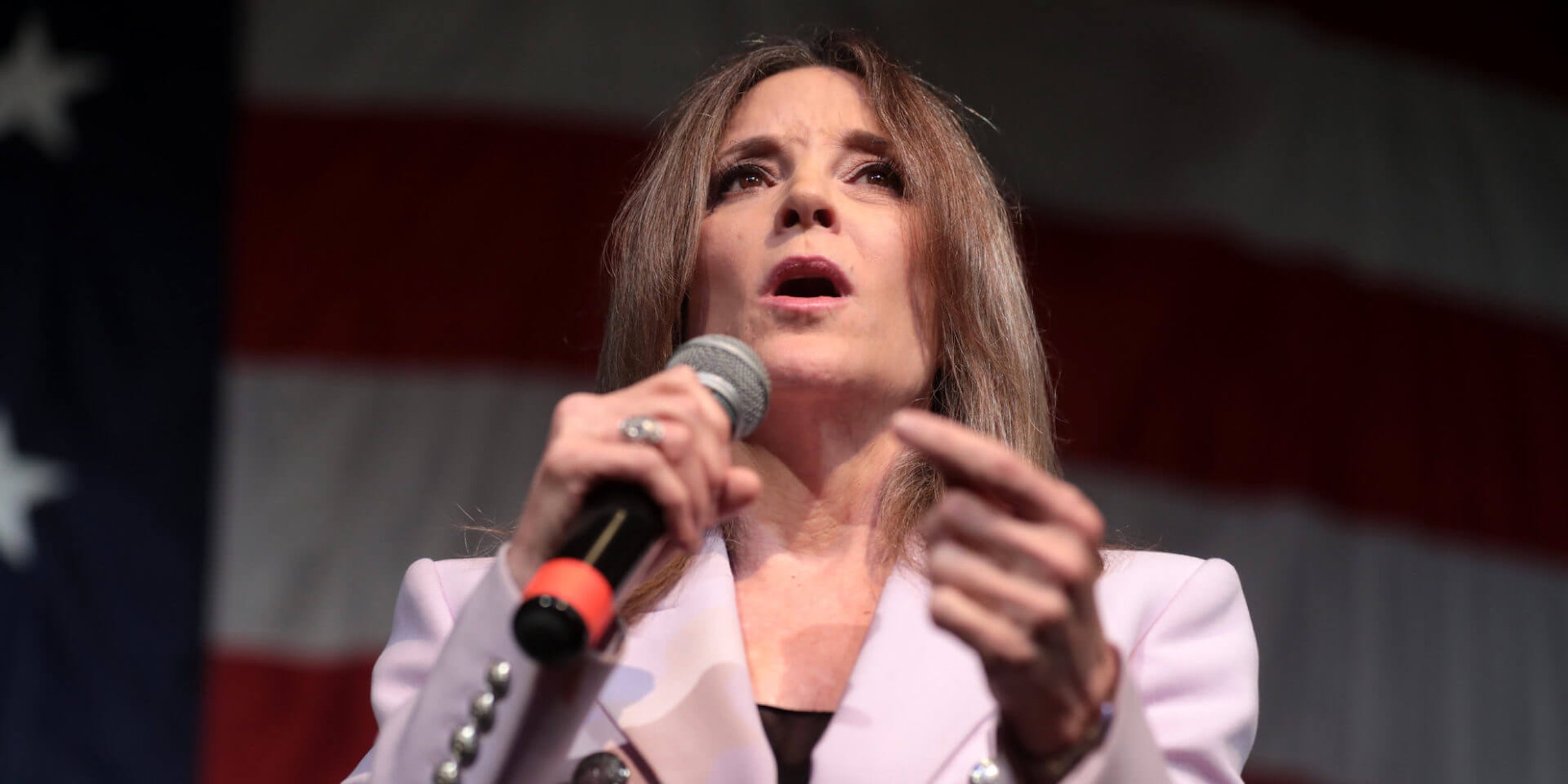 'I didn't think the left are as mean as the right. They are.'

Author Marianne Williamson, one of many people running in the 2020 Democratic primary, was caught on a hot mic lamenting that the political right was “nicer” to her than the left.

Williamson made the remarks after an interview with Eric Bolling earlier this month, according to Mediaite. The interview came around the time after she deleted a tweet where she suggested that the “power of the mind” helped turn Hurricane Dorian away from its projected path.

.@marwilliamson: “What does it say that the conservatives are nicer to me? I’m a serious lefty but they are so — I understand why people on the right called them godless — I mean, it’s like, I didn’t think the left was as mean as the right, they are.” pic.twitter.com/0iXkWPRdAW

Williamson went on to try and clarify her remarks in a follow-up interview with Bolling.

“I think when it comes to roughness, and tumble, you know, the rough and tumble of politics and how people behave … I think that there are things that happen just in people—it’s not a left-right issue—and I have found, you know, it’s tough out there. And I was just talking about the fact that, that day you were certainly very kind to me. And listen, many people on the left are very kind to me. I’m running for president… It’s not a walk in the park.”

Williams will not be among the 10 Democrats vying for the 2020 nomination on the stage tonight for the third 2020 Democratic debate.