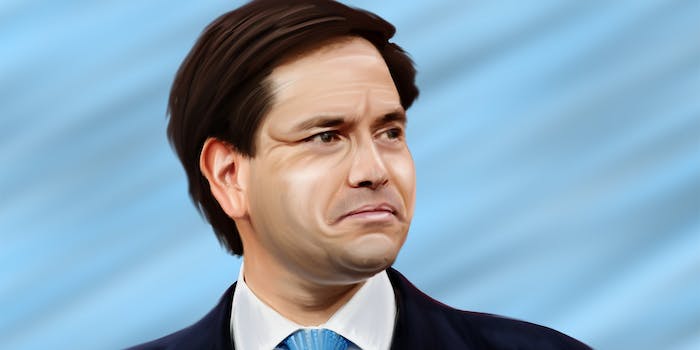 Marco Rubio hit a kid in the face with a football

While other presidential candidates might kiss babies on the campaign trail, Florida Sen. Marco Rubio has a different approach to dealing with children: hitting them with footballs.

The footage of the Republican rising star dropping a kid with a football to the face comes from Bloomberg Politics, which also posted a video report on the Iowa State Fair, where 2016 presidential candidates courted voters in the key early primary state.

Let’s look at that play again.

The Rubio campaign did not respond to a request for comment about the clip, in which the senator’s throw resembled nothing so much as a precisely targeted drone strike in the tribal mountains of Pakistan.

Illustration by DonkeyHotey/Flickr (CC BY SA 2.0)