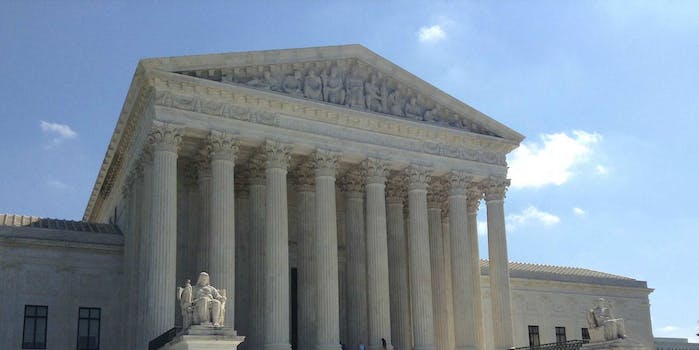 #LoveMustWin heats up as gay marriage heads to the Supreme Court

Is this the begging of full marriage equality in the U.S.?

As the U.S. Supreme Court prepares to decide the future of gay marriage on Tuesday, the #LoveMustWin campaign has found new life, with activists pushing their cause to the top of social media.

The Supreme Court is widely expected to rule in favor of a constitutional right to same-sex marriage, but the specifics of the ruling—and, therefore, how it will be applied around the United States—remains an unknown variable. 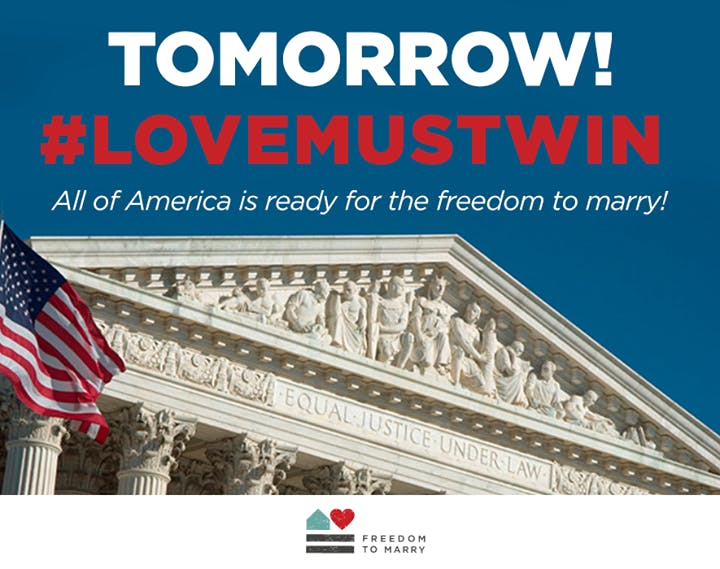 Politicians and celebrities are adopting the #LoveMustWin hashtag as well.

Pairing with intense legal preparation for the impending hearings, popular support for gay marriage is rising as well. Polls show somewhere between half to two thirds of Americans support equal marriage rights.

On the other side of the argument, prominent conservatives are reacting as the national consensus on same-sex marriage grows stronger.

Cruz suggested fellow opponents of gay marriage “fall to our knees and pray” that the Supreme Court rules against marriage equality.