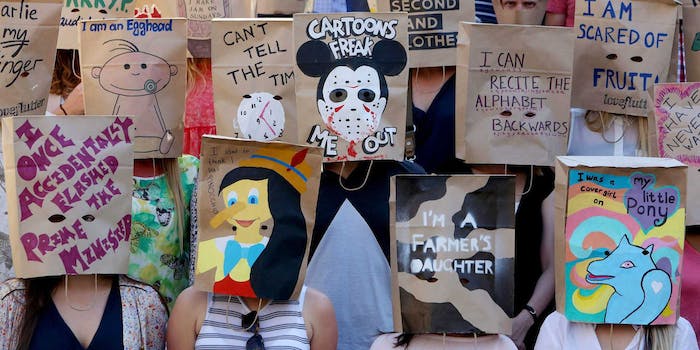 The London-based dating app Loveflutter is touting itself as the less superficial, thinking man's Tinder.

Over the past few years, the word “quirky” has devolved into something of a pejorative. While the word is intended to describe someone charmingly offbeat and bizarre, thanks to the rise of hipsterdom (not to mention Zooey Deschanel) it’s now shorthand for being self-consciously twee. These days, if you have an extensive collection of 1960s flamenco records on vinyl or a tattoo of a J.M. Barrie quote on your shoulderblade, you’re no longer described as “quirky.” You’re just another damn hipster.

When David Standen and Daigo Smith use the term “quirky,” however, they don’t use it in a pejorative way, as an insult directed at girls with butterfly hair clips or men with handlebar mustaches. Rather, they see it as a crucial qualification for a romantic partner. That’s why they’ve launched Loveflutter, an online dating service that is now available for iOS. Its slogan is “Meet someone quirky and interesting nearby.” 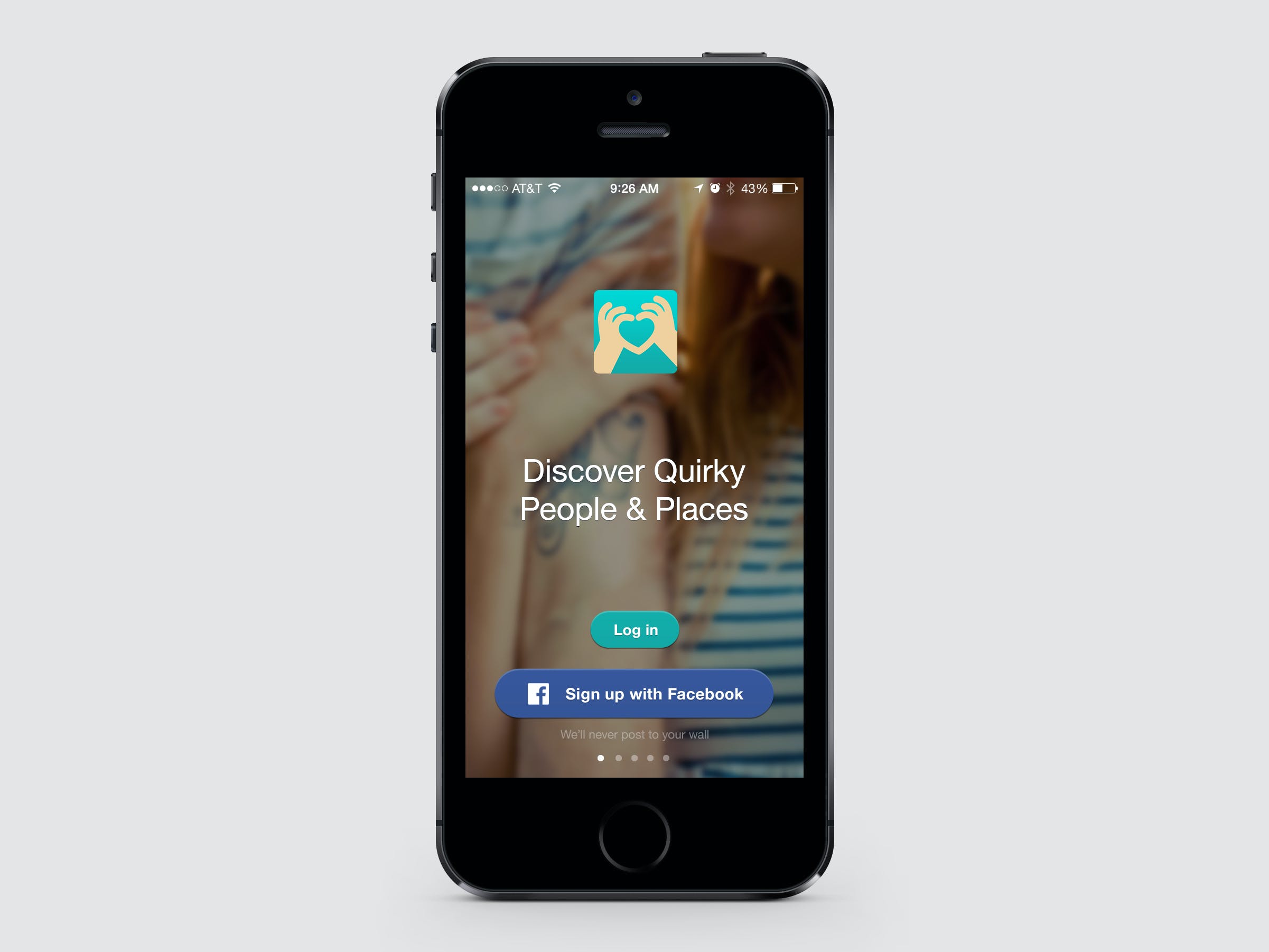 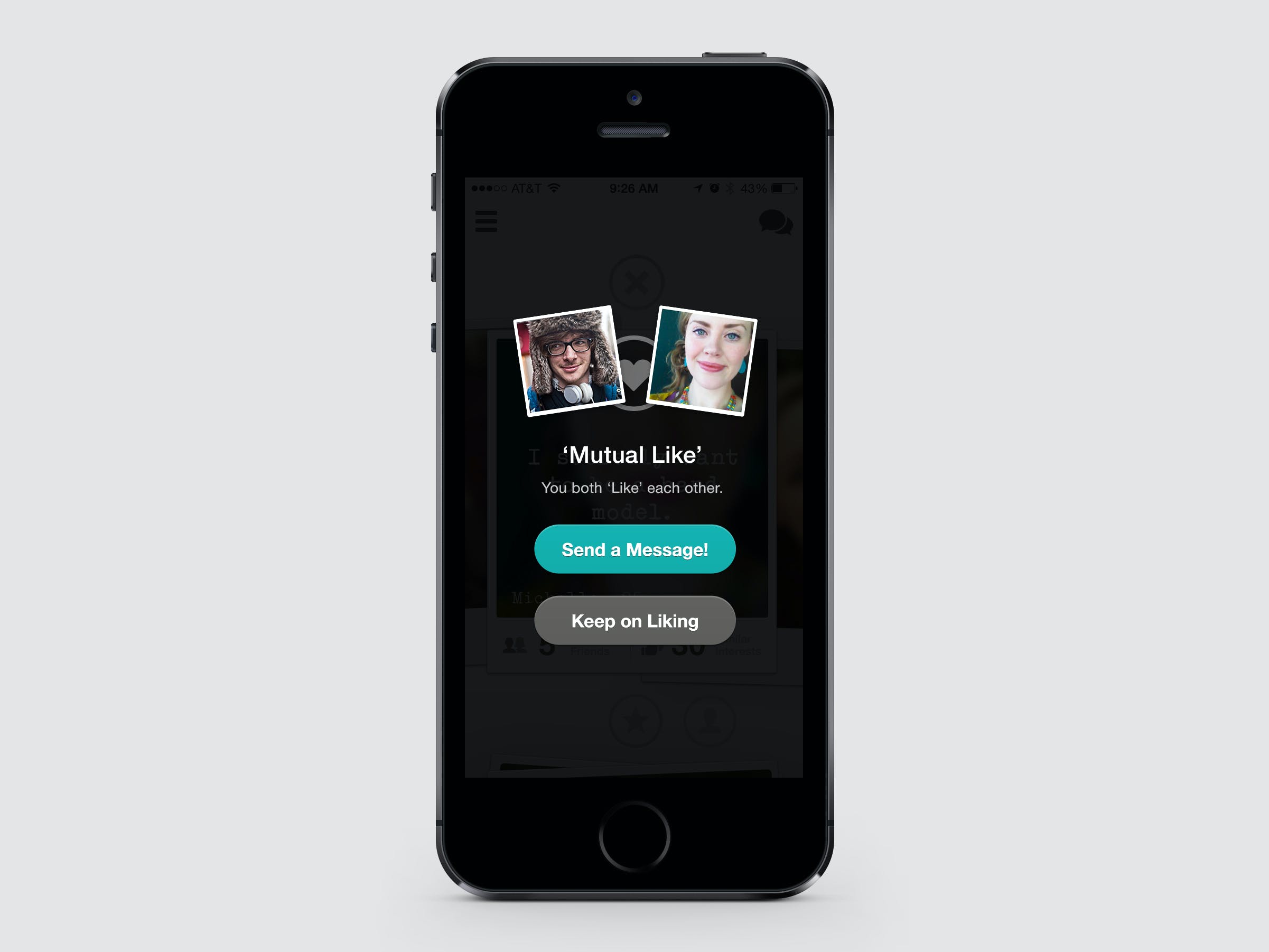 Loveflutter—the name, says Standen, is supposed to allude to “the flutter of butterflies in your stomach” when you meet someone for the first time—is being marketed as the anti-Tinder. Instead, this dating app asks users to stop judging prospective partners based on a haphazard swipe through their photos, and start judging them based on their personality.

Although Loveflutter’s swipe-up-swipe-down functionality have clearly taken a cue from Tinder, the hookup app has taken the dating market “a step too far” by placing too much emphasis on looks, says Standen. Loveflutter wants to differentiate itself from the other dating apps on the market by highlighting personality, which it does by asking users to enter a 140-character, tweetable “quirky fact.” These range from “I wanted to be a hand model when I was younger” to “I’m aroused by the sound of Sellotape unraveling.” 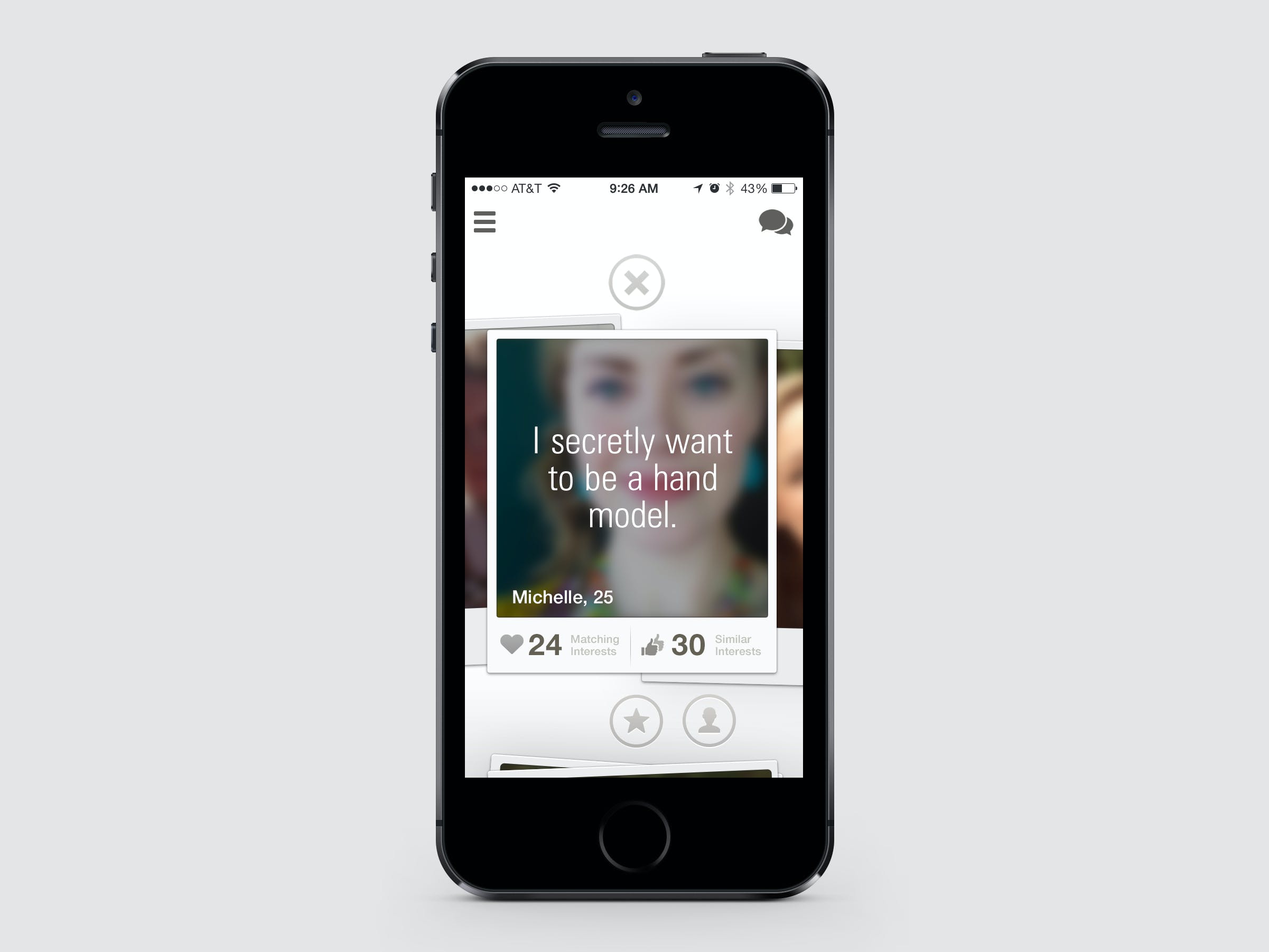 “Looks play a role, but it’s not just about that,” he says. “It’s about whether you have an obscure collection of stamps as well. Whatever gives you that quirky edge.” Their recent ad campaign, which features a girl with a paper bag over her head approaching prospective suitors in a park, spells out Loveflutter’s “beauty’s only skin deep” mission statement writ large:

Loveflutter has been attempting to carve out a space for itself as the “quirky,” thinking man’s Tinder since last year, when it debuted on desktop in London and New York. (Fittingly, Zooey Deschanel herself was rumored to have been using the app. Of course she was!) The site initially required users to take an “interesting” test to determine whether they were “quirky” enough to sign up for the service, which they quickly abandoned. “We kinda realized who are we to judge how interesting someone is, and we’ve grown up and moved away from that infantile behavior,” says Smith. (The bad PR Loveflutter received from the “interesting test” also likely played a role.)

Since then, Loveflutter has been trying to establish itself in an increasingly crowded dating app market by touting the app as the place to “discover quirky people and places nearby.” The metric for defining what exactly makes someone quirky and interesting, however, remains unclear.

“People ask us what makes someone quirky and interesting all the time, and I’m not gonna say it’s someone who reads this type of book or listens to this type of music, because everyone’s different and what makes someone attractive to another person is really their own unique point of view,” says Standen. “We just want to celebrate individualism and people being different in a good way.”

Of course, if you want to get a match on Loveflutter, you don’t want to be too different; the app matches users based on shared interests, as Tinder does, as well as “similar interests,” which it culls based on Google knowledge graph data. So if you “like” Inglorious Basterds on Facebook and a potential match likes Pulp Fiction, you’ll be paired together based on your shared interest in Quentin Tarantino movies. The point of this, says Smith, is to imbue the rote swipe-up-swipe-down dating game with an element of discovery, so you can be introduced to new books, movies, and TV shows you’ve never heard of before: “We’re bringing out the hidden connections you have with a person,” he says.

This element of discovery is also the motivation behind Loveflutter’s Suggest-A-Date feature, which, when you get a match, uses Foursquare to recommend interesting venues for dates near the center point between you and your match’s location. The purpose of the feature is not just to avoid the whole awkward “where should we go/what should we do” first-date conversation, but to recommend cool and interesting locales in your area that you’ve never heard of before, like an in-app Yelp.

In the future, Loveflutter, which says it currently has thousands of users on both sides of the Atlantic, hopes to tap into other APIs and suggest potential date venues based on shared interests, rather than just location. “We see that as an untapped market,” says Standen. “We want to keep users coming back to the app long after the first date.”

It’s a cool idea, but it’s unclear how much traction Loveflutter’s “quirky” marketing will gain among more jaded daters, whose eyes are automatically programmed to roll in the back of their heads at the sound of a ukelele strumming, or the soundtrack of a cotton commercial. But when I ask Standen and Smith if they foresee the negative connotations of the word “quirky” being an obstacle for Loveflutter, they’re dismissive of the notion that such connotations exist in the first place.

“We don’t see a stigma attached to quirky, because for us, quirky is the new cool,” says Smith. “The age of quirky interesting has dawned, and the days of being superficially good looking are numbered. People want to see you have something deeper and more exciting than chiseled abs or Adonis jaws. It’s not about your Brad Pitts, but your Benedict Cumberbatches.”

Of course, many would argue that it’s just as superficial to judge someone based on their quirky interesting factor—their stamp collection, their three kidneys, their fetish for the sound of Scotch tape unraveling—than it is to judge them based on their chiseled abs or Adonis jaw. But for those who are tired of swiping left and right on Tinder ab selfies, who just want to find their own paper-bag princess to dance in the rain and play ukelele with, Loveflutter might very well be the app for you.