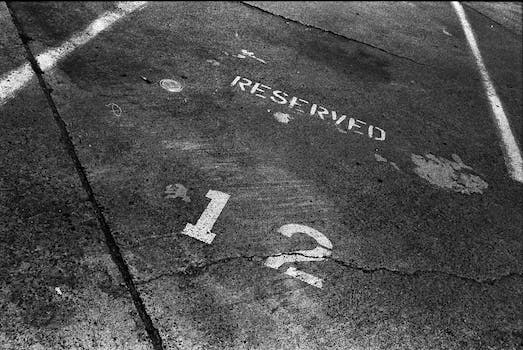 “This is not the sharing economy, it’s the stealing economy.”

Some apps, like Evernote or Gmail, are innocuous. Their functions don’t hurt anyone. Others, however, serve purposes that generate friction with entrenched interests and authority figures. Paid parking-spot-reservation apps appear to fit the latter category, based on events in Los Angeles, Calif., this week.

The Los Angeles City Council proposed to L.A. lawmakers on Tuesday that they ban smartphone apps that charge a fee to reserve parking spots for city residents.

“This is not the sharing economy, it’s the stealing economy,” said city council member Mike Bonin. “They are taking a public asset and effectively privatizing it.”

At the top of the council’s list of targets is MoneyParking, an iOS app available with extremely poor reviews that charges exorbitant fees to connect the owners of public parking spaces with users who need a place to put their car.

Based on that describe, it would not be a stretch to characterize MoneyParking as Uber for parking spots. Just as Uber is struggling with national and municipal regulations in the U.S. and overseas, MoneyParking and its competitors are running afoul of cities that rely on their own parking fees for badly needed revenue.

“We are not against the use of technology and there’s a lot of good parking apps out there,” Bonin told the Los Angeles Times. “This one crosses the line.”

The city government of San Francisco ordered MoneyParking to stop facilitating the sharing of public parking areas in early 2014, leading the company to temporarily cease operations there in the middle of June.

“Our mission is to get rid of circling the block turning a random parking process into a predictable one, saving people time while also reducing traffic congestion and generated pollution,” MoneyParking said on its Tumblr at the time. “We want to achieve our mission within the intent and letter of the law and in full cooperation with the local authorities.”

Michael Nagle, Los Angeles’ deputy city attorney, acknowledged that the city couldn’t prevent all forms of private capitalization on parking spots. Apps like MoneyParking target users of public parking spaces, but if the city shut it down, its creators (or others looking to cash in on the concept) could set up a system for sharing private spaces instead.

“We, the taxpayers, pay for public streets,” Nagle told the Times, “and to have to pay to reserve a spot—it’s pretty outrageous.”

MoneyParking appears to be learning from its experiences. The product page for its iOS page now emphasizes private parking-space sharing, saying that it “connects drivers looking for parking with driveway-owners at the tap of a button.”