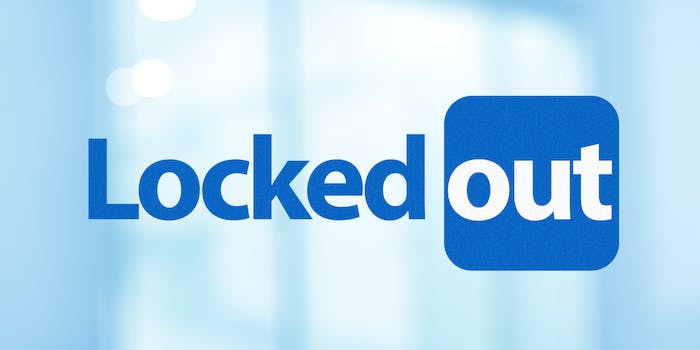 It says it wants to help, but is only focused on doling out favors to prestige outlets.

Olivia Krauth heard a lot about a sweet perk at the Investigative Reporters and Editors conference in June: working journalists can get a free upgrade to the Premium version of LinkedIn, which helps reporters find sources through tools.

It may not seem like much, but it’s a service that made one of the biggest stories out of Silicon Valley happen.

LinkedIn’s Premium gives people a sizable batch of credits to send InMail messages to potential sources, track employees at certain companies, and increased access to see who views their profile compared to users with the plain old free version.

The Wall Street Journal’s John Carreyrou used both of these tools to get in touch with a key whistleblower for his investigative reporting on the blood-testing company Theranos, turning Elizabeth Holmes’ fraudulent company into a household name.

But it costs about $700 a year, a price tag most journalists can’t afford. So for several years, LinkedIn has offered it to reporters at no cost if they sit through an hourlong webinar.

Shortly after the IRE conference, Krauth said she applied to take the next LinkedIn for Journalists webinar to get the Premium upgrade. Krauth is a reporter at a small nonprofit newsroom called Insider Louisville in Kentucky and the president of the local chapter of the Society of Professional Journalists. But LinkedIn sent her an email stating that she didn’t qualify, she said.

“It was very much a slap in the face because it felt so uppity,” Krauth told the Daily Dot, “like I wasn’t good enough to access LinkedIn solely because I don’t work in New York or D.C.”

A few weeks ago, in June, LinkedIn revamped how it doles out that free Premium boost. Anyone who gets into the webinar is guaranteed a no-cost Premium upgrade, but it’s limited to staff reporters and full-time freelancers writing for “top-tier” national, international, or “prominent regional” publications. What counts as “top-tier” or “prominent” is unclear, but there’s no shortage of reporters at nonprofit and local news outlets who say LinkedIn told them they didn’t make the cut.

In June, LinkedIn told AJ Vicens, who has been a staff reporter for five years at Mother Jones, a non-profit progressive magazine, that he does not qualify for a Premium upgrade, even though he’s received one multiple times in recent years.

Jared Bennett of the Center for Public Integrity, a 30-year-old Pulitzer Prize-winning nonprofit investigative news organization, said he was denied with no explanation when he tried to sign up this year for the webinar. LinkedIn also denied Amanda Lien’s upgrade request last summer when she was a staff reporter for The Spirit, a weekly newspaper in Delaware County, Pennsylvania.

Microsoft-owned LinkedIn wants to make a profit and does that partly by selling special features to users who want them, such as Premium.

But the company has also sent representatives to speak in newsrooms, on college campuses, and at journalism conferences about what reporters can do with a LinkedIn Premium account, and often talks up its intention of collaborating with newsrooms. Part of that has been through doling out Premium upgrades to journalists. With a prize like that, LinkedIn is essentially throwing a party and nearly every reporter wants an invitation to it.

Leonna Spilman, a LinkedIn spokeswoman, told the Daily Dot that they can’t give a free Premium boost to every working journalist. They get hundreds of upgrade requests every month, and have handed out Premium boosts to more than 4,000 journalists in the U.S. in the past year, she said.

The company has to set up some criteria to keep the upgrades manageable for the small team LinkedIn tasked with handling them, and Spilman noted that even some of bigger players in national media outlets can’t pay for their reporters to get Premium.

Many journalists respond that it’s precisely because of the dire financial state of the media that LinkedIn should do more to help local and nonprofit newsrooms.

The Wall Street Journal’s James Rundle, for example, left a comment on the LinkedIn for Journalists group page calling it a “shame” that LinkedIn excluded scribes in “cash-strapped newsrooms” from free Premium upgrades.

Carreyrou, the Journal reporter behind the Theranos muckraking, has said he first messaged Tyler Shultz on LinkedIn after noticing that Shultz looked at the reporter’s profile on the platform. Shultz, a young scientist at Theranos and grandson of former secretary of state George Shultz, provided Carreyrou with confidential information on how the company deceived the public regarding its blood-testing machines.

Carreyrou eventually turned his reporting into a bestselling book.

“Everyone on our team recognizes it is a super valuable tool—it can really make an impact,” Spilman said. “We want to make sure the program is actually a value-add for folks, and opening it up to every working journalist globally makes it really challenging for us to make it a viable in-depth program for everyone taking advantage of the program.”

Spilman said they have a list of pre-approved outlets, which she declined to make public, but said it goes well beyond places like the Wall Street Journal or New York Times; many are local TV stations.

“It’s always a little bit of art and science,” when it comes to which outlets are approved, she said. LinkedIn generally looks for outlets that primarily do original reporting, rather than aggregation or news round-ups; are general interest or focused on business coverage; and have “broad readership and influence,” Spilman told the Daily Dot. She said anyone who feels unfairly denied should just email her team to appeal.

Journalists who have contested their rejection with LinkedIn say the company hasn’t been receptive.

Christopher Baxter, the editor-in-chief of a non­partisan investigative journalism project in Pennsylvania called Spotlight PA, said he was rejected when he tried to sign up in June after the IRE conference. Baxter tweeted in July that LinkedIn representatives stopped responding to him when he asked the company to justify its rationale for “only including ‘top tier publications globally’ at the expense of small, dedicated and struggling local newsrooms.”

1/ Rant on behalf of all local and regional newsrooms, especially the nonprofits: After #IRE19 @IRE_NICAR , I finally decided to take advantage of the free @LinkedIn premium for journalists and sign up for the webinar. Needless to say I was surprised when I was rejected… CONT

3/ Let's take this purely from a business perspective. "Top tier publications globally" can certainly pay the price for reporters to have LinkedIn premium. Why in the world would you offer free accounts to customers who clearly can pay, should pay and probably already have? …

The tweets prompted other journalists to either share their own similar experiences or to demand that LinkedIn open up its Premium service to more news outlets.

“I frequently use LinkedIn Premium for reporting, and I’ve recommended it to people in the business world who have paid for it,” tweeted Brian Rosenthal, a New York Times reporter. “This is outrageous. The company is essentially discriminating against the journalists who need it the most. Do better, @LinkedIn.”

LinkedIn is already giving away Premium to thousands of journalists. It’s a service that helps journalists do journalism.

Because it’s limited to the “top-tier” outlets that typically have an easier time getting a hold of sources anyway—whether it’s the New York Times or the local TV station that everyone watches—LinkedIn is favoring the prestigious for prestige’s sake, instead of the places that really need help.

Update 7:10am CT, Aug. 15: LinkedIn tells the Daily Dot that its revamped appeals process has recently helped Mother Jones, Spotlight PA, and the Center for Public Integrity get approved for Premium.