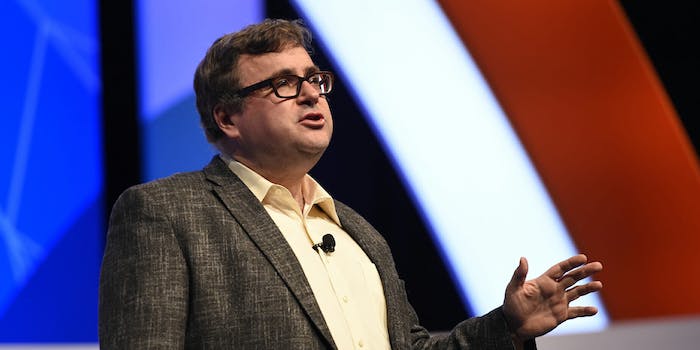 Hoffman denounces what happened in Alabama.

Reid Hoffman, a co-founder of LinkedIn, disavowed a social media manipulation campaign that was used during the 2017 Alabama Senate race.

Earlier this month the New York Times reported that Democrats tried to use social media during the 2017 Alabama Senate race between Roy Moore and Doug Jones in a similar way that Russia used social media to interference in the 2016 election. The Times deemed the effort “likely too small to have a significant effect on the race.”

On Wednesday Hoffman, in a statement, said he has “never even heard of this project before reading about it in the Times’ coverage.”

He added: “I categorically disavow the use of misinformation to sway an election … In fact, I have deliberately funded multiple organizations trying to re-establish civic, truth-focused discourse in the US. I would not have knowingly funded a project planning to use such tactics, and would have refused to invest in any organization that I knew might conduct such a project.”

Jonathon Morgan, CEO of the cybersecurity firm New Knowledge, and others reportedly created a conservative-looking Facebook page in 2017 to try and split opinions on Moore ahead of the election.

Hoffman, in his statement, said he did not know money that was used to support a separate group he funded, American Engagement Technologies (AET), later provided funding to New Knowledge.

“I have never personally authorized or directed any funding to New Knowledge. I — regretfully — do not know why AET chose to support New Knowledge or for what specific purposes, if any, this funding was allocated,” he wrote.

You can read all of Hoffman’s statement here.