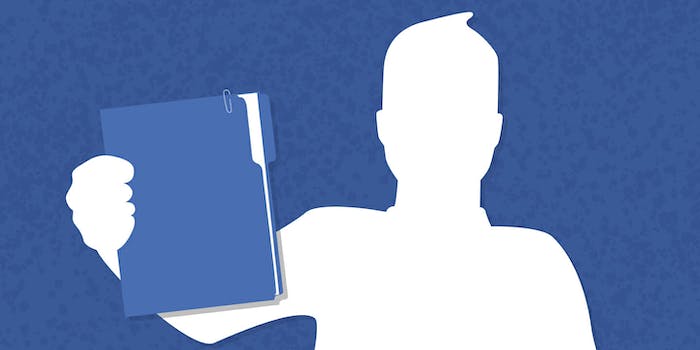 Facebook’s new resume feature could be a LinkedIn killer

The social network confirmed the feature but didn't give a timeline for its release.

The social giant is testing a new resume/CV feature that will put it in direct competition with LinkedIn. The addition is an overhaul of the “Work and Education” section and lets users post their professional experience and education, along with their contact information, a photo, location, and other basic information—everything you’d expect to find on a social recruitment site.

Your prospective employer won’t need full access to your profile to see this section so don’t worry about what you’ve posted on your timeline or uploaded to your gallery. It also appears your detailed resume will not be posted publicly, and will only be accessible to talent seekers who request it.

The feature was first discovered by computer science student Jane Manchun Wong and first made public by Matt Navarra at The Next Web. Facebook confirmed the feature in a statement to news site.

It’s not clear who currently has access to the feature or what sort of timeline Facebook has for releasing it. The social network typically trials new features to a select group of users before rolling them out worldwide over a period of weeks or months.