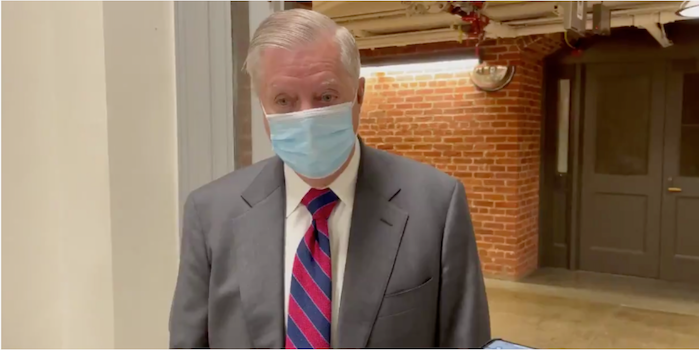 Graham says he hasn't seen any of the congresswoman's recently unearthed videos.

Sen. Lindsey Graham (R-S.C.) recently told reporters that Rep. Marjorie Taylor Greene (R-Ga.) is “very pleasant” and that he wants to know “what the facts are” in reference to a series of controversial and conspiratorial posts and videos that have been unearthed since she was elected to Congress.