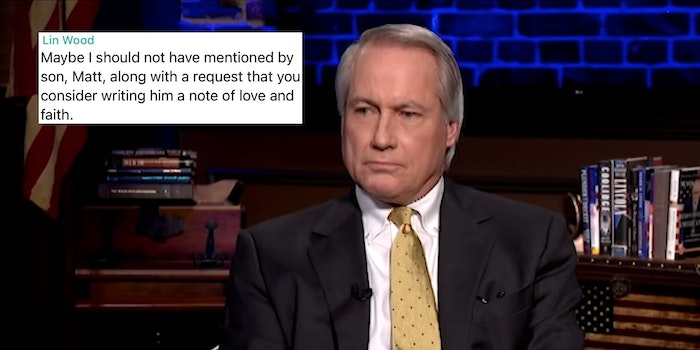 'I do not regret it. One cannot be motivated by the fear of failure.'

Lin Wood, the far-right attorney who attempted to overturn the 2020 election on behalf of President Donald Trump, doxed his own son on Saturday and cited “Jesus” as justification.