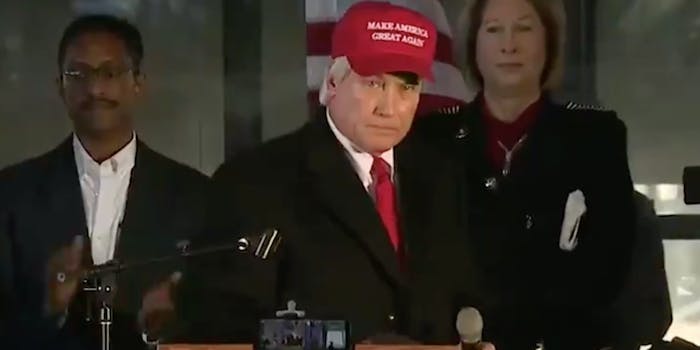 Right-wing websites Breitbart News and the Gateway Pundit are at war with one another over Lin Wood, a lawyer and supporter of President Donald Trump.

Breitbart News and the Gateway Pundit seemingly became split on the controversial lawyer after Wood encouraged voters in Georgia not to vote in the U.S. Senate runoff races at a rally on Wednesday.

The Gateway Pundit then accused Breitbart of “waging war” against the pro-Trump lawyer with its own story, titled “WTH? Breitbart Wages War Against Attorney Lin Wood — Who Is Defending President Trump Against Evil Marxist Horde — Lin Wood Responds.”

The site went on to accuse Breitbart of going on a “jihad” against Wood.

On Twitter, many liberal users reacted to the infighting by encouraging the two to duel it out.