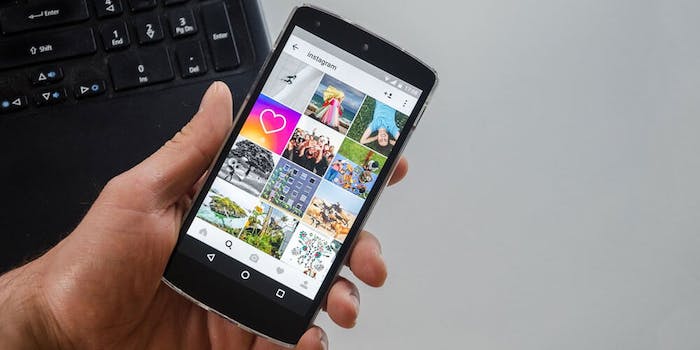 The app has been described as Instagram's Following tab 'on steroids.'

Like Patrol, which first launched in July for iOS, has been compared to stalkerware for its ability to tell Instagram users what posts their followers have liked or commented on.

Instagram previously allowed its users to view such information under its controversial “Following” tab before removing the feature earlier this month.

In fact, in statements to CNET, Like Patrol founder Sergio Luis argued that his app was a more intrusive version of the Following tab.

Now, Instagram has sent a cease and desist letter to Like Patrol. Instagram says that the app violates its guidelines by scraping users’ profiles without their consent.

“Scraping violates our policies, and we take action against companies who we find to be engaging in it,” a spokesperson for Facebook, which owns Instagram, said. “Like Patrol was scraping people’s data, so we are taking appropriate enforcement action against them.”

Quintero has argued that all the data Like Patrol is pulling is public. Quintero even claimed that the app, which is promoted as a tool to keep tabs on a significant other, helps relationships.

“Our hope in the medium to long term is if enough people know of our existence they may think twice about behaving improperly,” Quintero said.

While there’s plenty of criticism of Like Patrol, some experts say the company is merely taking on the role that social media sites first filled. Jennifer Grygiel, an assistant professor at Syracuse University, told CNET that services like Facebook and Instagram were some of the first to encourage social media snooping by letting users see what their friends were liking and commenting on.

“Facebook built this culture,” Grygiel said. “The apps are just serving the wants of the public that were groomed on it.”

Although Like Patrol will almost certainly become unusable soon, the tool was still available for download at the time of publication.

Update 10:16pm CT, Nov. 13: The App Store has officially shut Like Patrol down. “We strongly believe that our app does not violate Apple policies, we plan to appeal this decision in the coming days,” Quintero told Cnet in a statement. “If our app’s functionality did not violate any policies, then Instagram would have violated the exact same policies since 2011 to 2019 with the Following tab. Why weren’t they taken down?”