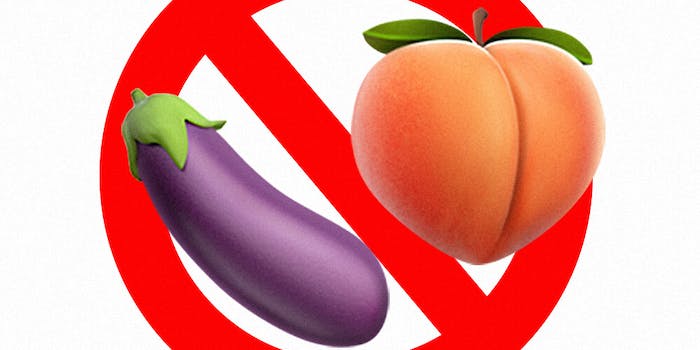 The update is part of a larger initiative at Facebook to make its platforms safer for women.

It’s unclear just how certain produce items became synonymous with sex, but the eggplant and peach emoji have undoubtedly become symbols for all levels of thirst online. Fewer of them may be showing up online, though: In an effort to protect women from harassment online, Facebook and Instagram have banned the sexual use of emoji.

Facebook, which owns Instagram, recently updated its Facebook Community Standards in an attempt to prevent sexual harassment. Under the new guidelines, using “commonly sexual emoji” can be considered sexual solicitation, and could result in the removal of a user’s account. However, Facebook’s standards do specify that the emoji must be used with a “sexual offer or ask” to be considered a violation.

But these updates may not be beneficial for all users. The new policies could significantly impact sex workers, who can no longer share nearly-nude images or suggestive material online. Sex workers have been vocal about how social media guidelines affect sex work, and what can be done to minimize harm to their businesses, but it is unclear whether Facebook will make further changes to its standards anytime soon.

For now, it’s unlikely that users will notice much of a change when they casually drop that peach emoji.