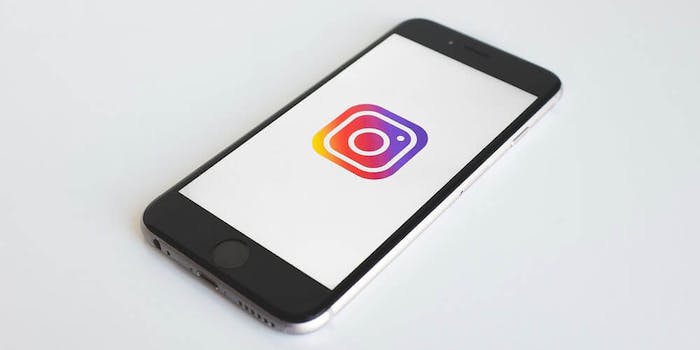 The new policy is aimed at protecting 'the democratic process' ahead of the 2020 presidential election.

Instagram will soon begin placing “false information” labels on certain posts in an attempt to stop the spread of fake news.

The new policy, outlined this week in a press release from Facebook, will apply not only to posts on a user’s main feed but to the app’s Stories feature as well.

Facebook, which owns Instagram, says the false information label is part of the company’s ongoing efforts to “protect the democratic process” in the run-up to the 2020 presidential election.

“We have a responsibility to stop abuse and election interference on our platform,” Facebook said. “That’s why we’ve made significant investments since 2016 to better identify new threats, close vulnerabilities and reduce the spread of viral misinformation and fake accounts.”

Decisions on which posts will receive the label will be made internally by Facebook’s team of independent fact-checkers.

Once a post has been debunked, users can choose to view the “false information” post anyway or learn why the content received the false information label. Users who still wish to share a flagged post will receive a warning before being allowed to proceed.

“Independent fact-checkers say this post includes false information,” the warning says. “Your post will include a notice saying it’s false. Are you sure you want to share?”

Facebook added that it is also working to stop misinformation from going viral on Instagram. Since fact-checking takes time, the company notes, some posts may have their reach temporarily reduced until a decision can be made.

The social media company also said that it was investing resources into fighting foreign interference through its platforms as well as increasing the transparency on whose behind political ads.