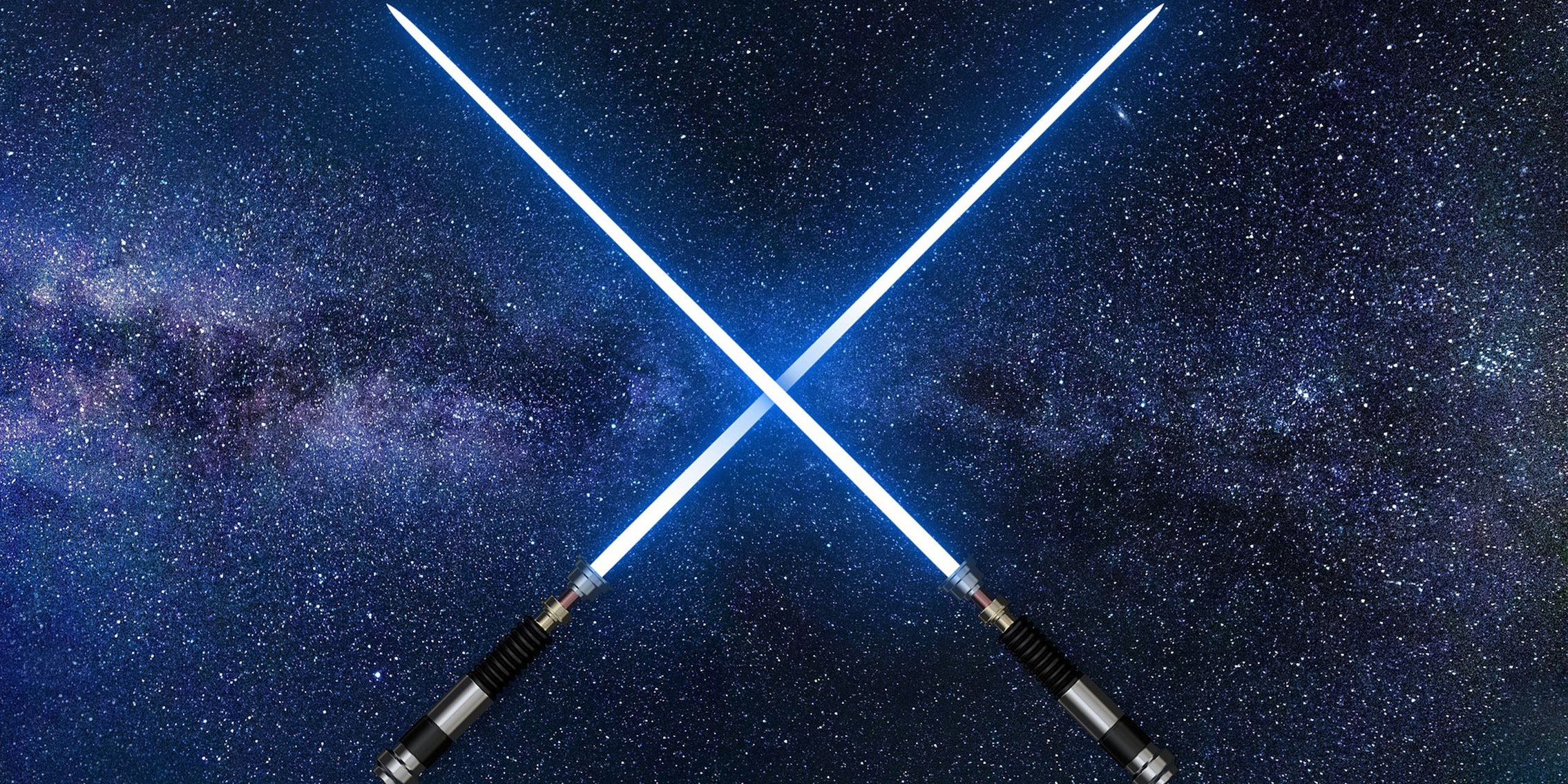 Best lightsabers to buy in this, and any galaxy

Of course you need one!

Even though the new Star Wars sequel series is officially over, passion among fans hasn’t died down. Here’s a list of the best lightsabers to buy, including the best custom lightsabers.

Ah, who am I kidding? Of course you need a lightsaber—we all do. But with so many options out there it’s hard to tell the difference between the kids’ toys and the kind of movie prop replica that an adult would be proud to own. Fortunately for you, we’ve handicapped the best custom lightsabers in hopes of helping you determine which one might be the best lightsaber for you.

The best lightsabers to buy

These plastic lightsabers have been around for decades and their design hasn’t changed much since they were first introduced. A series of tapered plastic cylinders stretches into the general shape of the iconic Star Wars weapon with the flick of your wrist and collapses back down again if you slap the end hard enough. It’s the most bare-bones representation of a lightsaber you can find. The only reason Hasbro can get away with charging $10 for each one is because it’s an officially licensed product. Avoid if at all possible. Available in Sith and Jedi offerings.

The next step up from the bottom of the barrel is the rigid light-up version you see here. It’s slightly more realistic in that it actually lights up as you would imagine a lightsaber does, and when it’s lit it’s not terrible-looking. It’s still entirely plastic from top to bottom, so it will definitely feel like a cheap toy, which it is. It has a handful of motion-activated sounds that replicate the sounds from the movie series, but the built-in speaker is weaker than you’d expect. They’re slightly more expensive than the cheapest option, but it’s still one of the best lightsabers to buy.

As far as mass-produced replicas go, the Force FX series is going to be your best bet. These sabers are modeled after those from the movie, so the quality is fantastic, of course. The hilts are constructed out of metal and the built-in sound effects are loud and recognizable. Additionally, pressing the power button causes the blade to light up from bottom to top just like the ones you’ve seen in the movies, thanks to a series of super bright LEDs. These are the most affordable lightsaber replicas that could possibly be considered “collectibles,” and most Star Wars fans see these as the top of the line, but the lightsaber market is deeper than many people realize.

Park Sabers makes its own custom sabers modeled after the ones you’ve seen on the big screen, so you get the high-quality construction of a company like Ultra Sabers and the saber designs used in the movies. These are not officially licensed, so don’t expect to see any names or labels on the replicas, but virtually every iconic saber is represented on the company’s long list of products. Park Sabers uses its own method of blade construction, which it calls “Phase Blades.” These blades are built specifically to withstand abuse, including thick polycarbonate blade tubing and an LED strip designed to protect against dead spots.

Galaxy’s Edge is one of the most popular places in Disneyland, considering it’s sort of like taking a visit to Coruscant. Without the traffic, of course. From this magical place, some of the best Jedi weaponry is sold alongside turkey legs and Mickey Mouse hats. They’re not available online. Best of all, not only can you nab a style from your favorite Jedi or Sith Lord, but they also come in a charming carrying case. It’s easily one of the best lightsabers to buy.