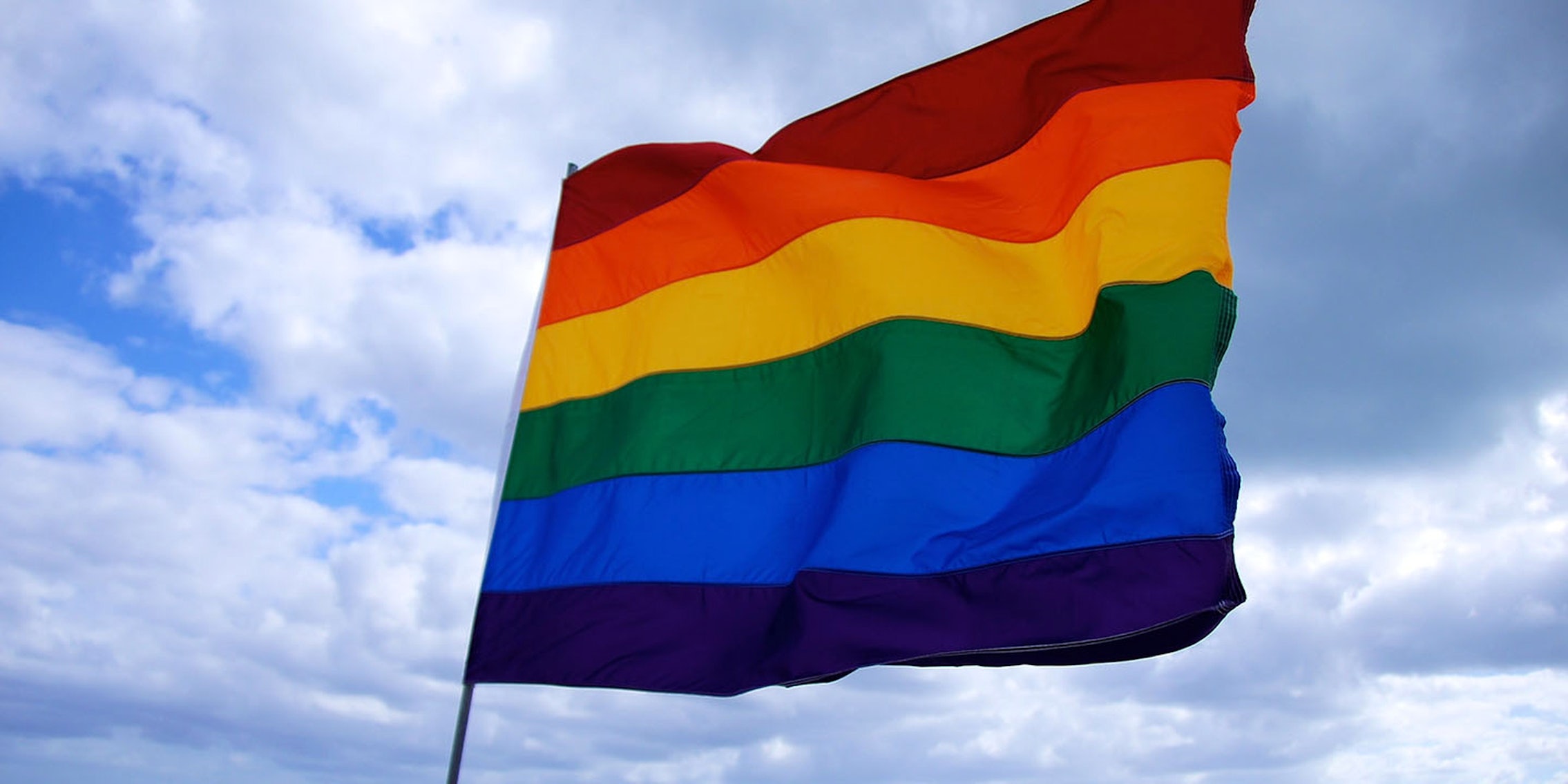 LGBT Russians are not backing down.

The march in Russia’s capital on Tuesday to commemorate the 2009 murder of two prominent activists wasn’t the first of its kind, and it was officially sanctioned by the city of Moscow. But for members of the Rainbow Association, an LGBT group, it was an especially risky outing.

Igor Yasin, a member of the group, told the Daily Dot that despite Russia’s notorious law against “homosexual propaganda,” no one was arrested for carrying rainbow signs and chanting pro-LGBT slogans.

“Laws in Russia are implemented in a strange way,” Yasin told the Daily Dot via Facebook chat on Wednesday morning. “Particularly, nobody knows exactly how to implement that law.”

“Usually we do not have problems during officially approved rallies, if organizers are friendly to LGBT,” Yasin added. “Sometimes, however, the police demand to remove any LGBT signs or Rainbow flags. Yesterday they did not.”

The marchers carried signs reading “Rainbow against fascism,” “Labor rights for all,” and similar slogans painted onto rainbow and pink triangle-centered backdrops. Photographer and blogger Ilya Varlamov posted photos from the march to Livejournal and Facebook.

One sign, with black letters painted over an upside-down pink triangle like the ones Nazis forced LGBT people to wear during Hitler’s regime, pointed out that “thousands of LGBT were killed in concentration camps.”

“LGBT now in Moscow is one of the most active groups of opposition,” said Yasin, “Although we are not many in numbers.”

The messages were especially poignant given a new law that is slated to receive a vote this month in Russia’s parliament, the State Duma. The bill would outlaw both coming out publicly as LGBT and stating support for LGBT rights in a public manner.

Yasin told the Daily Dot that he believed the Duma was unlikely to pass the proposed law. But in a recent interview, Ivan Nikitchuk, the parliamentary minister who co-sponsored the bill, expressed assurance that the legislation would pass with the same ease as 2013’s infamous law banning “the promotion of non-traditional sexual relationships.”

“I do not think that the MPs dare to express their explicit support for homosexuals,” Nikitchuk said.

According to Ukrainian journalist Maxim Eristavi, Russia isn’t the only part of Eastern Europe where speaking out for LGBT rights is a scary proposition.

Eristavi tweeted about the Russian march, bemoaning the fact that a similar effort in Kiev had to be canceled due to “death threats and lack of police enthusiasm to protect the event.”

Something is horribly wrong, when even in Moscow they had anti-fascist/#LGBTI rally & Kyiv has been forced to cancel pic.twitter.com/RAJWv3Km28

Despite the anti-gay atmosphere in Russia, where 74 percent of citizens polled declared that “society should not accept homosexuality,” Tuesday’s march went off without a hitch—this time.

“Yesterday it was OK in general. I heard some bad comments, but they were few,” said Yasin, clarifying that a few passerby did harass the LGBT contingent. But that hardly scared them into silence.

“We shouted: ‘Deputies, kill yourselves! Rainbow people will not give up!’”