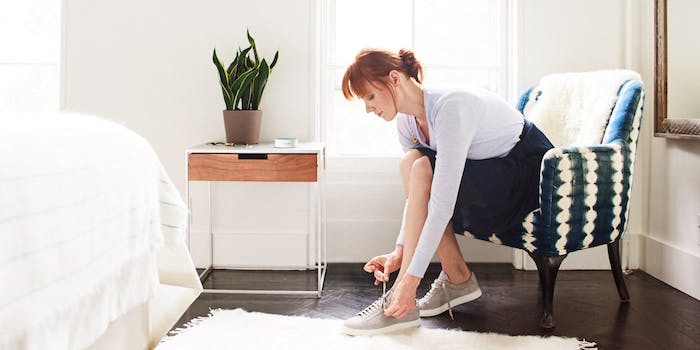 If your Alexa quit working Friday, you weren't alone.

If you experienced internet issues throughout the day, you’re not alone. A number of internet services ground to a halt Friday following widespread Level 3 Communications outages in North America.

According to DownDetector.com, much of the East Coast, Southern California, and portions of the South and Midwest were experiencing internet outages throughout Friday morning and afternoon.

According to CNBC, Amazon Web Services may be to blame. It acknowledged it was experiencing a networking issue at 10:30am ET. Customers of Amazon’s Direct Connect service, which transmits data between Amazon and companies’ own servers, appeared to be dropping packets. This caused problems with apps and services such as Slack, Twilio, MongoDB, and Atlassian, which went down intermittently.

Unusually, some of Amazon’s own services were among the first affected by the networking issue. Many Amazon Echo owners reported that Alexa was down. The assistant would give responses such as “I’m not sure what went wrong” or “Sorry, something went wrong” after being asked a query. Some thought the situation was ironic given Amazon’s Super Bowl ad this year.

As of 2:21pm ET, Amazon had reported that the Direct Connect issue “has been resolved and the service is operating normally.” However, DownDetector still reported wide-ranging internet problems close to 6pm.

Internet outages this widespread aren’t incredibly common; the last major one for most U.S. internet users was back in November. However, as more and more of our professional, social, and entertainment resources live online, what used to be a minor annoyance can bring a company’s productivity to a standstill.

According to one 2015 survey, internet outages are pretty much the most annoying thing a person has to deal with among a range of first world predicaments like a car breaking down or dealing with rude customer service.

When the power at your home goes out, you can at least still use your phone to connect to the internet over cellular. But what happens when connectivity issues are crippling your favorite services? You’ll have to turn to old-school options like checking email or reading the newspaper.