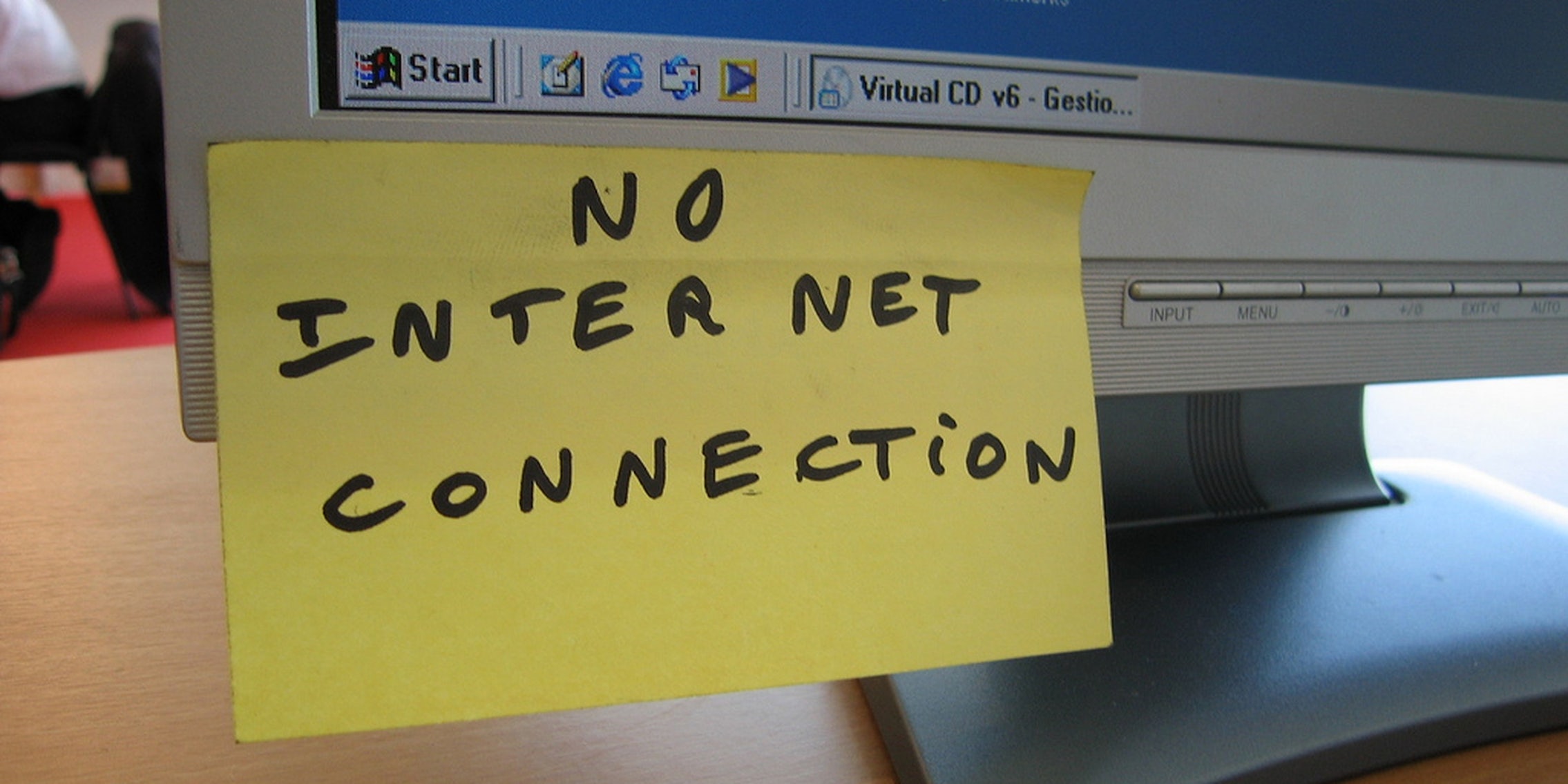 Survey shows Internet outages are more annoying than literally everything

Maybe this explains why so many people hate Comcast.

Internet outages are more annoying than broken-down cars, missed delivery windows, and flight delays, according to a large British survey.

The 2,500 respondents in the Cable.co.uk survey gave Internet outages a higher frustration level on average than all other household problems. The average frustration score for Internet connection issues was 8.55, ahead of car breakdowns (7.71), rude customer-service agents (7.54), deliveries that never arrived (7.43), and several other scenarios.

“These days,” said Dan Howdle, editor at Cable.co.uk, “for many of us, the variety of uses—some vital, others recreational or social—for a home broadband connection is extraordinary.”

“Many of us have become dependent,” he added.

These results make sense when you consider how Internet-addicted the global first-world population seems to have become. In a previous survey, Cable.co.uk found that 29 percent of people would rather have a finger cut off than see the same thing happen to their Internet connection. While 29 percent is far from a majority, the fact that nearly a third of people surveyed would rather lose a body part than Internet access still says something about the effects of pervasive Web access on society (even if many of them answered with tongue firmly in cheek).

Nearly 50 percent of respondents in this new survey (49.94 percent, to be exact) considered Internet connectivity problems to be a 10—”extremely annoying”—on a scale of 1 to 10. No other scenario was that annoying to survey respondents; even a broken-down car only merited “extremely annoying” status from 37.8 percent of people.