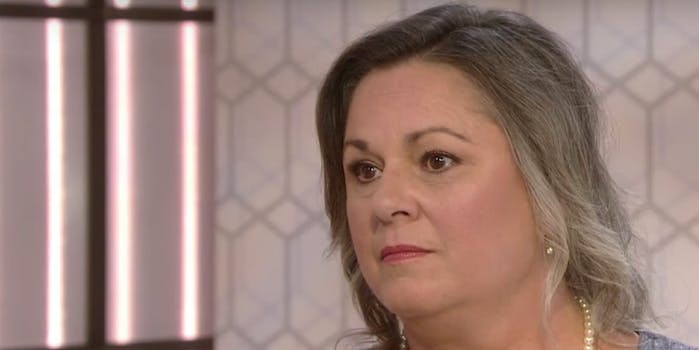 Woman who accused Roy Moore of sexual misconduct is suing him

She said Moore and his campaign maligned her as a liar.

A woman who said Roy Moore engaged in sexual misconduct with her when she was a minor is suing the defeated Alabama Senate candidate for defamation, the Washington Post reported.

Leigh Corfman, who says Moore groped and kissed her in 1972 when she was 14 and he was 32, filed the suit Thursday. She said Moore and his campaign maligned her as a liar when she spoke about her encounter with him.

Allegations of sexual misconduct upended Moore’s campaign, and he ultimately lost the Senate race to Democrat Doug Jones. Moore denied all of the accusations against him, and he told Sean Hannity that he didn’t know Corfman.

“Allegations of sexual misconduct with her [Corfman] are completely false,” Moore said during the campaign. “I believe they are politically motivated. I believe they are brought only to stop a very successful campaign, and that’s what they’re doing.”

Corfman is not seeking compensation beyond legal fees, but she is asking for an apology from Moore and for a ban on him speaking publicly against her, the Post reported. She told AL.com that Moore and his campaign continued to call her a liar even after the election.

The suit—which is the same type that has been brought against President Donald Trump and Bill Cosby—allows Corfman to try to seek justice even after the statute of limitation has passed for criminal prosecution or a civil suit seeking damages for sexual abuse.

“By this lawsuit, I seek to do what I could not do as a 14-year-old—hold Mr. Moore and those who enable him accountable,” Corfman said.