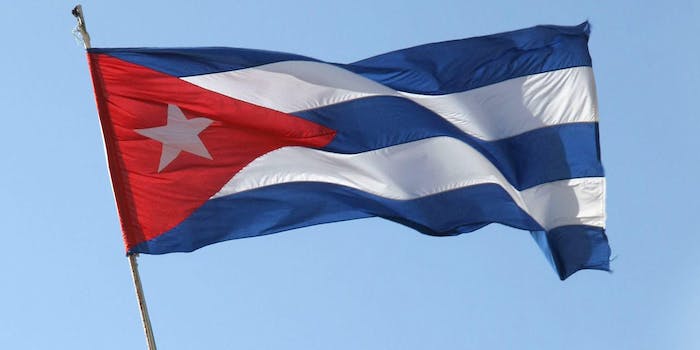 Sen. Patrick Leahy (D-VT) had some choice words for the U.S. agency that secretly created a Cuban social network in an apparent attempt to stir unrest in the communist country.

“This is dumb, dumb, dumb,” Leahy said of the project launched by the U.S. Agency for International Development (USAID), on MSNBC’s “Andrea Mitchell Reports” Thursday.

Created in 2009 with at least $1.6 million in USAID funding, the SMS-based ZunZuneo social network is said to have gained 40,000 users in Cuba before it was shut down in 2012. According to the AP, funds used to develop ZunZuneo were routed through a series of front companies based in Spain and the Cayman Islands in an attempt to conceal U.S. involvement.

All messages sent through the social network were reportedly routed through a U.S.-controlled network in order to gauge public dissent. The team behind so-called “Project ZZ” also created a database of demographic information on ZunZuneo users.

White House Press Secretary Jay Carney initially defended the program Thursday, but denied that it was intended to be a covert intelligence-gathering operation.

“This was not an intelligence program,” Carney said. “This was an effort to promote the flow of free information, to promote the engagement of citizens, especially in countries that are non-permissive.”

Carney also said the program had been “debated in Congress,” according to the AP, but later backtracked to say the White House had offered to discuss funding the poject with the appropriate congressional committees. Leahy, who chairs the Senate Appropriates subcommittee that oversees USAID, says he was never briefed on the project.

“If USAID says they briefed the people giving the money for this, that’s not so,” Leahy said. “I was not briefed. I know of nobody who was briefed on this. I think most people would say, ‘Are you out of your mind?’ This is not a program USAID should be involved with. For one thing, it accomplished practically nothing.”

In a statement to the AP, Cuba’s Foreign Ministry further denounced the program, calling it unlawful and evidence of continued U.S. meddling in the country.

The ZunZuneo program “shows once again that the United States government has not renounced its plans of subversion against Cuba, which have as their aim the creation of situations of destabilization in our country to create changes in the public order and toward which it continues to devote multimillion-dollar budgets each year,” Josefina Vidal, director of U.S. affairs at Cuba’s Foreign Ministry, said in a statement.

“The government of the United States must respect international law and the goals and principles of the United Nations charter and, therefore, cease its illegal and clandestine actions against Cuba, which are rejected by the Cuban people and international public opinion.”

In response to the AP report, USAID spokesperson Matt Herrick characterized the ZunZuneo project as a lawful attempt to “provide basic humanitarian assistance, promote human rights and universal freedoms, and to help information flow more freely to the Cuban people.”

“All of our work in Cuba, including this project, was reviewed in detail in 2013 by the Government Accountability Office and found to be consistent with U.S. law and appropriate under oversight controls,” Herrick added.

“It is also no secret that in hostile environments, governments take steps to protect the partners we are working with on the ground. The purpose of the ZunZuneo project was to create a platform for Cubans to speak freely among themselves, period.”

The ZunZuneo debacle is far from settled, however. On Tuesday, USAID chief Rajiv Shah is set to testify before the Senate Appropriations State Department and foreign operations subcommittee.

Watch an edited verions of Leahy’s MSNBC appearance below: