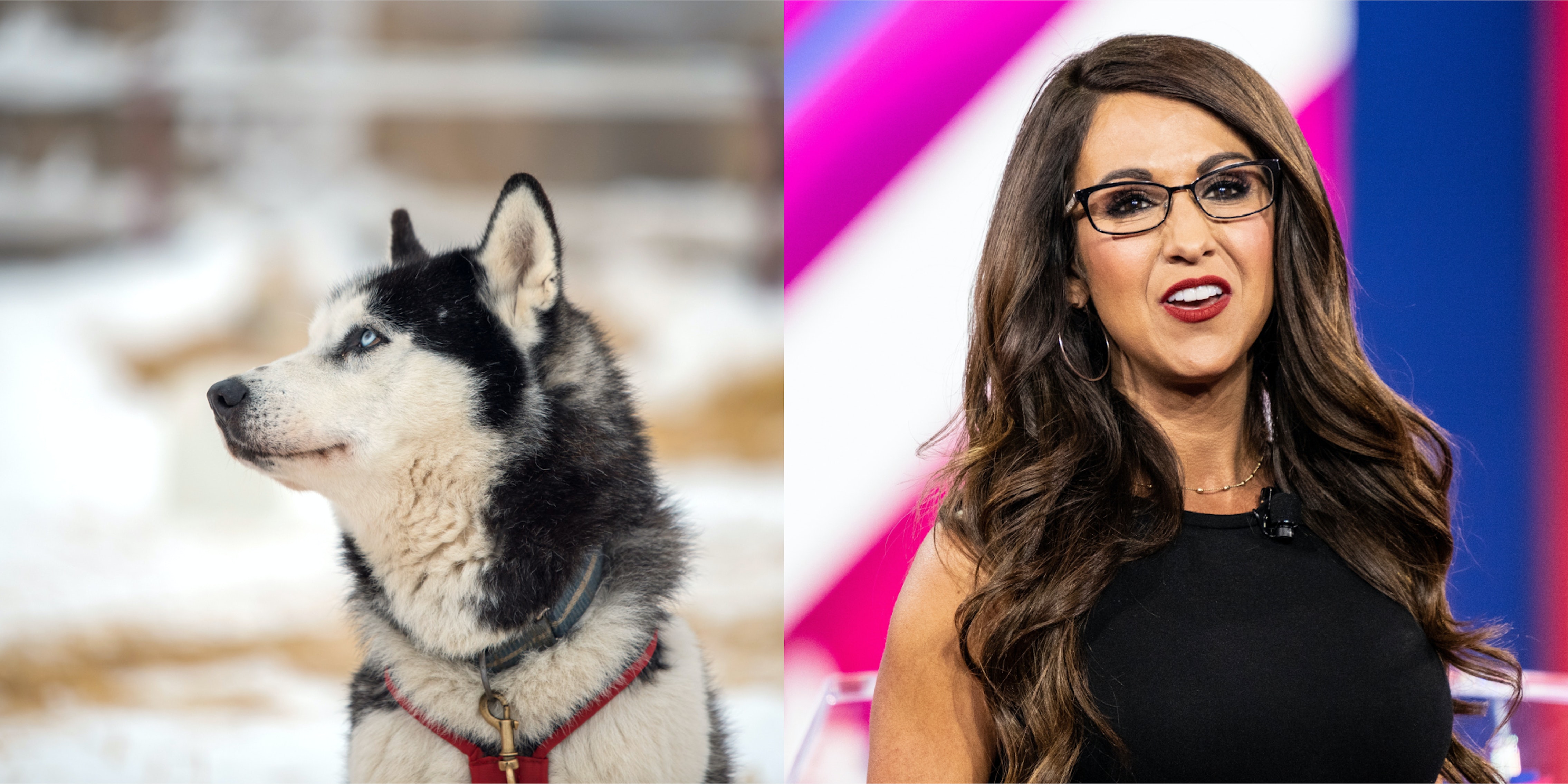 She says someone else killed the dog.

Update 9:51am CT, Oct. 19: In a statement to the Daily Mail, Yaritza Mendoza walked back her claims, saying “I’m not sure, I need to figure that out,” when asked directly if Boebert shot her dog.

“I need to take a step back for a second,” she added. “I’m not ready to release anything to media sources.”

“My girlfriend showed me the [Mendoza] social media posting yesterday and I was aghast at that, especially given the rampage that woman’s dogs have been on,” Brady Hogan told the Daily Mail.

The original report appears below.

Over the weekend, a woman claiming to live next door to Rep. Lauren Boebert (R-Colo.) accused her of killing her family dog. Boebert says that another neighbor actually shot the dog because it attacked and killed livestock in the area, including hers.

On Sunday, Yaritza Mendoza penned a lengthy Facebook post about the death of her dog, a husky named Omega. Mendoza said that she’d hesitated to come forward for fear of Boebert as a member of Congress and oft-praised member of the community.

“I was scared of the arrogance that your head is filled with while you carry a gun,” Mendoza said. “However, I am writing this now to let you know I am no longer scared of you.”

She wrote that Boebert’s son repeatedly came onto their family property to play with Omega and would take the dog over to the Boebert property without permission, leading the Mendozas to ask him to stop doing so “for safety reasons.”

“We also welcomed him every single time: he even created a friendship with my younger cousins,” Mendoza wrote. “You were aware of his actions yet never communicated with him to stop.”

She claimed that Omega rarely left their “wired fenced property,” but said she disappeared in the morning of Aug. 17. After hours of looking for the dog, Mendoza started calling animal shelters and knocking on neighbors’ doors, including Boebert’s.

Boebert, she wrote, didn’t admit to killing the dog.

“I did not find out from you that you killed her; I found out from the authorities who also handed me a citation for a ‘Dog at large’ along with the devastating news,” Mendoza wrote. “I was given a citation due to the fact that you were considering her to be ‘violent.’”

She claims Boebert shot Omega for attacking her goats. (It is legal to kill dogs that attack your livestock.)

Mendoza further claims that Boebert relocated the dog’s body. “Any decent and human person would have grab [sic] my dog and had a conversation with her owner about the situation. Yet you decided to grab her, shoot her, then dump her far from the house,” she wrote.

“Your gun isn’t the solution to all your problems. Communication on your end would have been appreciated. I was willing help with the damages IF you had communicated.”

Her Facebook post has been shared 1,500 times as of this writing. Her claims are also circulating on multiple platforms.

As the furor intensified, Boebert released a statement claiming that someone else killed Mendoza’s dog.

“I’ve never shot or killed any dog, ever. A neighbor told the police that he shot two dogs,” she tweeted Sunday night.

“As I understand it, the dogs he shot were wounding and killing livestock in our neighborhood including several of our family’s goats.”

The Daily Dot has requested police reports from the county sheriff and will update if they respond.

According to screenshots circulating online, a woman who identified herself as another neighbor claims that the slain dog had killed multiple animals in the area. She also said her significant other, not Boebert, shot Omega. However, that post came after the initial viral outcry.

Arguments are breaking out in comments on the posts. Some are appalled at the prospect of someone shooting a neighbor’s dog, while others are passionately defending a person’s right to kill a dog that attacks their animals on their property.

“You have to be a pretty callous person to shoot a dog,” wrote one who took the former position. A person on the opposite side countered, “Ranchers will shoot your dog if [it’s] attacking the livestock. That’s common knowledge.”