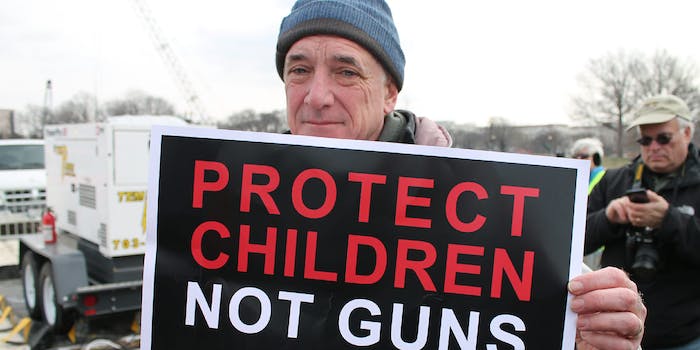 His 'in retrospect' tweet is striking a chord once again.

A gunman’s attack on a country music festival in Las Vegas has become the deadliest mass shooting in modern U.S. history with at least 59 people dead and 527 injured. The debate over gun control reform and whether it’s the “right time” to even discuss legislation is already starting online. One sentiment that captures the frustration many have felt around the gun control debate is again being shared.

Two days after the Charleston church shooting in June 2015, The Mail on Sunday columnist Dan Hodges wrote a tweet that, for many, summed up the gun control debate in the U.S. and suggested any hope for change ended after Sandy Hook when “America decided killing children was bearable.”

Hodges’ tweet appeared online before two of the U.S.’s deadliest mass shootings in modern history—Las Vegas and Orlando—and echoed a sentiment many are feeling in the was of Las Vegas. And although we’ve seen more mass shootings in recent years (including those involving school-aged children and young adults), the breaking point for many was Sandy Hook, in which a gunman shot and killed 26 people including 20 first-graders.

In the aftermath, then President Barack Obama worked with grieving Sandy Hook parents to push for gun reform in Congress, yet an amendment that would’ve required background checks for commercial gun purchases failed in the Senate in 2013. On a national level, very little has been accomplished regarding gun control since.

As of last year, the majority of Americans supported background checks for gun sales.