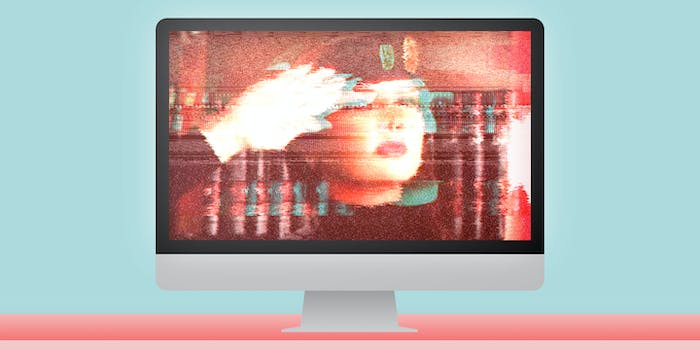 BY  JACOB STEINBLATT AND EJ FOX

A former Jordanian beauty queen turned hacktivist has left the loosely-knit collective known as Anonymous to work with the government instead of against it. Lara Abdallat, who spoke first to Vocativ about her mission to fight ISIS online, is now working at Ghost Security Group, where the team hopes a professional and structured environment will prove to be a more effective machine in the electronic fight against ISIS.

“Everyone realized that while we were capturing accurate threat data, it was useless without ground assets to act on our information,” Abdallat told Vocativ in an exclusive interview. “Our executive director DigitaShadow has been working with U.S. counterterrorism officials for several months and it has opened many doors for us, we are now able to influence real world actions on the battlefield.”

Abdallat said one immediate result of collaborating with their intermediary, intelligence professional Michael Smith from Kronos Advisory Group, was thwarting an impending attack in Tunisia. Since then, she said, the working relationship with Smith continued.

“The data has been operationally useful,” Smith told Vocativ, referring to the July operation. He added: “Feedback I have received from federal officials in the counter-terrorism community has been quite positive, and they continue to express interest in receiving more information from the group.”

The new iteration, which was born with a tweet on November 2, wasn’t without internal controversy. Members of a splinter group held onto the name GhostSec, and published an open letter on Twitter claiming the shift towards intelligence gathering and government cooperation had caused “divides” in the group, and led many of the original members to leave.

The executive director of Ghost Security Group, known online as DigitaShadow, responded to suggestions the group had sold out by insisting “nothing’s changed, despite what you might have heard.” Speaking exclusively to Vocativ, DigitaShadow said the only thing that was different was that the group had to let a member go.

DigitaShadow says the group does not directly deal with the U.S. government, but rather through their intermediary, Kronos’ Smith. “We find threat data on social media and cryptomessaging platforms for the day-to-day, and he’s our bridge, he lets the U.S. government know what’s going on, so that they can prevent attacks. Essentially we have the data, they have the guns on the ground and can make the arrests.”

“The main thing is just getting away from that hacktivist image. We were at one time associated with Anonymous, but we had to step away from them,” said DigitaShadow. “Focusing on counter-terrorism requires structure.”

WauchulaGhost, leading the splinter group, also spoke exclusively to Vocativ, and said GhostSec continues to embrace its association with Anonymous, however: “We still have contacts with the government and do still send them information such as threats, ISIS leaks, etc. But we are also Anonymous, and will continue to support them as they have a big role in the fight against the Islamic State.”

Government partnerships are restricting, WauchulaGhost said. “We are Anonymous. We have our freedom. We will not be owned.”

Despite the split both groups retain a common goal: fighting ISIS. Both have discovered ISIS’ switching to new messaging platforms alongside Twitter, including encrypted platforms like Telegram. “The thing with encrypted media like Telegram is that they feel like they’re safe so they’re making a move there but their communications are still being monitored,” DigitaShadow said.

Abdallat said Anonymous would “always be a part of my extended family,” but the changes were a “dream come true.” Having Ghost Security Group evolve from their original collective was “a huge thing for me,” she said. “More like watching your baby grow in front of your eyes and become mature, essential and successful.”