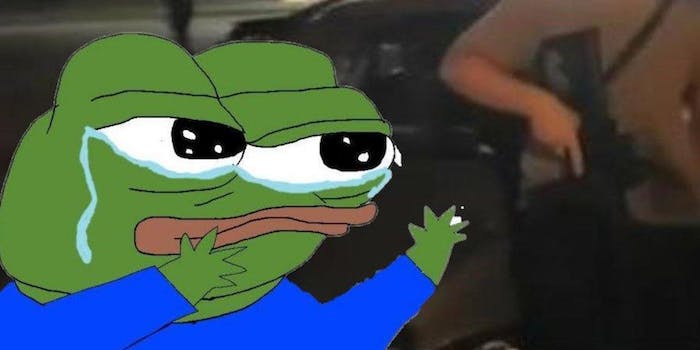 The right had some bombastic things to say about Tuesday night's shooting.

On Wednesday morning, he was arrested in Illinois and is expected to be charged with first-degree murder.

On Twitter, right-wing pundit Ann Coulter responded to a post about Rittenhouse, saying she wanted him to be “her president.”

The post she responded to praised him for acting in self-defense, which has been the preferred narrative to defend the 17-year-old’s actions.

On his nightly Fox show, Tucker Carlson also defended Rittenhouse, who traveled across state lines armed with a semi-automatic rifle he’s too young to legally possess, saying that his decision to do so was understandable.

“How shocked are we that 17-year-olds with rifles decided they had to maintain order when no one else would?” Carlson asked.

Former MLB player and now right-wing troll Aubrey Huff declared Rittenhouse a national treasure in a tweet that appears to have been deleted.

The major figures in right-wing posting are just responding to a groundswell of support from online denizens, who have been creating graphic memes supporting Rittenhouse.

Jokes about him protecting Kenosha from litter and about the victims being shot are all over Twitter, despite the site’s purported ban on glorifying violence.

They include graphic images of gunshot victims and praise for Rittenhouse’s tactics.

Others show him as a character in a video game, spraying victims with bullets.

Rittenhouse is slated to have a hearing this Friday.