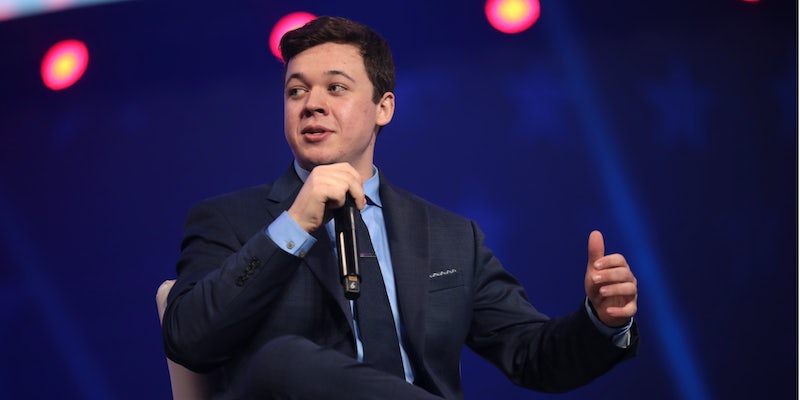 Rittenhouse also appears to have changed his profile picture from one with a firearm to one without.

Kyle Rittenhouse quietly deleted a tweet regarding firearms and an LGBTQ event after a gunman killed five people on Saturday at a gay nightclub in Colorado.

In his tweet, Rittenhouse accused “lefties” of hypocrisy for supporting a group of armed volunteers standing guard outside of a drag queen story hour in Texas this weekend.

“Lemme guess,” the now-deleted tweet began. “None of you lefties have a problem with these clowns wielding their AR-15’s around children with their faces obscured – because ‘trans’ and stuff.”

The fact that Rittenhouse pulled down the remark did not go unnoticed, leading many to highlight the occurrence across social media.

“Kyle Rittenhouse mocking leftists for guarding an LGBTQ+ event and then having to delete the tweet because a mass shooting happened at a gay night club hours later is pretty on-brand for him,” one user wrote.

Rittenhouse became infamous after shooting three men and killing two in 2020 during civil unrest in Wisconsin, an act that a jury later agreed was done in self-defense.

Numerous users also argued that it was Rittenhouse who was being hypocritical.

“Any pro-gun ‘we need guns for protection’ republican starts fucking pissing their pants at the idea of leftists using guns for the same purpose,” another added.

Analysis of the Internet Archive also appears to indicate that Rittenhouse may have changed his profile picture and banner from ones of him with a firearm to ones with no guns around the same time as well. Rittenhouse’s Twitter bio, which used to mention his support for the Second Amendment, was also seemingly erased.

The Daily Dot reached out to Rittenhouse over Twitter DM to inquire about his account but did not receive a reply.

The incident comes amid an uptick in violence aimed at the LGBTQ community. Earlier this month, a donut shop in Oklahoma that hosted a drag event was firebombed.