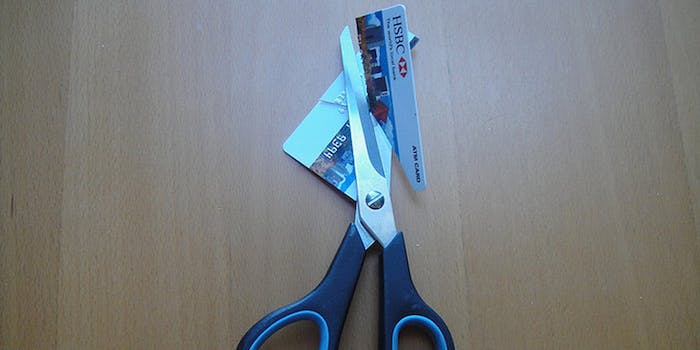 A San Antonio company called Kleargear doesn't have the most "fair and honest" approach.

When Jen Palmer’s husband bought her a few Christmas gifts via online “geek toy” retailer Kleargear.com, the Utah couple likely never imagined the situation they’d be in now: Facing a $3,500 fine and a damaged credit score.

In 2008, Palmer’s husband made a purchase on the site, but after 30 days, the items had still not arrived by mail, and the PayPal transaction was canceled. Jen called Kleargear’s customer service, but wasn’t able to reach anyone to handle her complaint. She emailed them, and received a response saying their items were on backorder, payment was never received, and the charge would have taken place at the time of shipping. And so the purchase was canceled.

Frustrated at their lack of service, she wrote a negative review of the site on RipoffReport.com in 2009:

At one point we told them we would contact the BBB and file a negative report against them. They claimed that since they had never received payment, we couldn’t file. We replied that no, we had every right to do so based on their horrible customer service practices.”

Well, that eventually got someone’s attention at the San Antonio-based Kleargear. Three years later, a company representative emailed her husband and demanded they take the review down, or they would be slapped with a fine. But where did this fine come from? Well, tucked into their terms of sale was a thorny little “non-disparagement” clause that says:

“In an effort to ensure fair and honest public feedback, and to prevent the publishing of libelous content in any form, your acceptance of this sales contract prohibits you from taking any action that negatively impacts kleargear.com, its reputation, products, services, management or employees.”

The agreement further stipulates that, if the company does discover a “libelous” review, it offers the offender 72 hours to take it down, or a $3,500 fine. If the customer doesn’t pay the fine within 30 days, Kleargear will turn it over to a collection agency, which in turn reports it to the credit bureau. But wait, there’s more: RipoffReport allegedly wouldn’t let her remove the negative review without paying a $2,000 fee.

KUTV’s consumer investigator Matt Gephardt got on the case, and found that in 2010, Kleargear had an ‘F’ rating from the Better Business Bureau, specifically for not delivering items on time. Other customers have also complained about their service on RipoffReport and other online forums.

The news station spoke with Jeff Hunt, a First Amendment attorney, about Jen’s right to post a negative review. He thinks the company’s clause might not hold up in court:

“I have a serious question about whether a court would enforce that kind of covenant because it’s massively over broad and against public policy.”

KUTV also points out that Kleargear’s web archives from 2008 don’t mention the non-disparagement clause. However, it did appear in 2012, conveniently around the time the company came after the couple. If you search for the page now, it doesn’t show up on the site.

Interesting shell game they’ve got going on. It seems like this five-year saga could have ended much sooner if Kleargear, a company devoted to geek and tech products, would have communicated with their customers a bit better. You know, in a “fair and honest” way.